Lakers News: Jerry West Raises Questions With Strange Response When Asked If He'd Ever Work For The Lakers Again 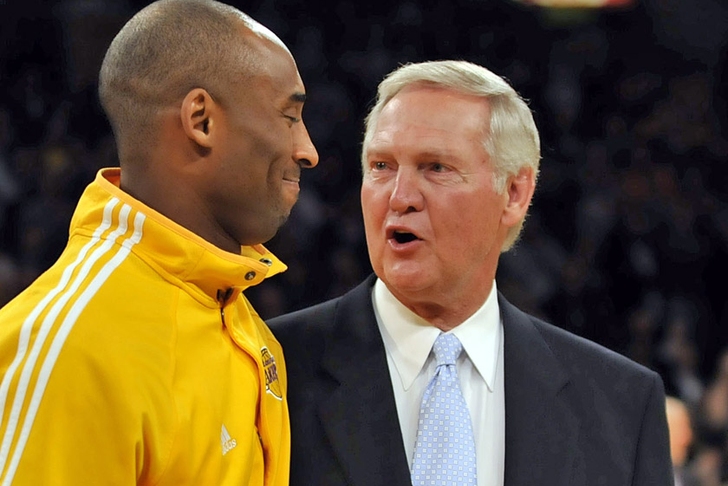 Lakers legend and NBA Hall of Famer Jerry West is currently one of the top advisors to the Golden State Warriors, and by all accounts, he's doing a pretty good job (West is credited with convincing Golden State not to trade Klay Thompson for Kevin Love...which looks like a smart choice at the moment). West was asked Thursday if he'd ever consider working for the Lakers again, and his response was...curious, to say the least.

Jerry West on whether he'd ever go back to Lakers: "First of all, I wouldn't be asked." Question: "Why not?" West: "Trust me, I wouldn't."

When Steinmetz (interviewing West for his show on Bay Area radio's 95.7 The Game) asked him why he wouldn't be asked, West was cryptic - "trust me" was all he was willing to say.

West spent most of the 1980s and '90s as Lakers GM, and his trades for Kobe Bryant and Shaquille O'Neal definitely brought more good than bad to the franchise. His departure in 2000 was reportedly due to the stress and his increasing age, and there were no reports of any internal discontent at the time. West became GM of the Memphis Grizzlies in 2002, and continued a positive relationship with the Lakers franchise - his deal sending Pau Gasol to Los Angeles was roundly criticized by conspiracy theorists who thought he was still secretly working for the Lakers (as it turns out, Memphis may have gotten the better Gasol in that deal...).

It's safe to say that West's comments are puzzling at the least. Clearly, there's some reason why the Lakers wouldn't ask him back...but he isn't interested in going into detail, and the Lakers certainly aren't going to comment on this one either. We'll keep digging, though, and see if there's anything buried here that fans might be interested to know.