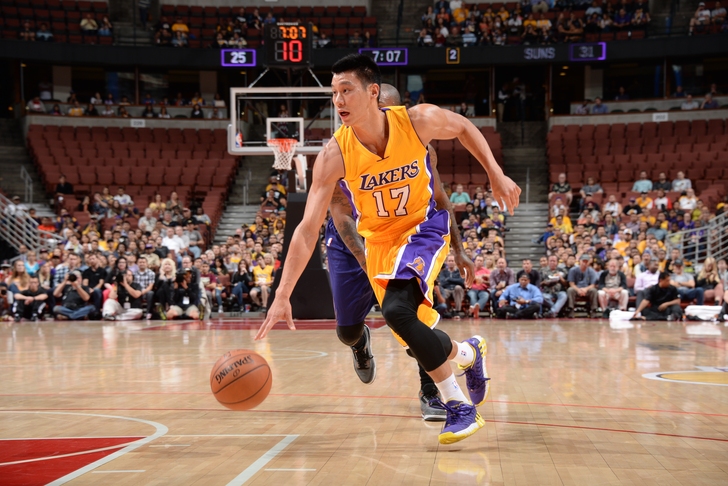 The Los Angeles Lakers were a Kobe Bryant jump shot away from taking down the shorthanded Oklahoma City Thunder at Staples Center on Friday night. However, Kobe missed the contested J, leading another Laker to wish that he'd be put into position to take those shots a little more often.

Jeremy Lin on Kobe's final shot: "I like game-winners too. I would like to shoot some. But I get it."

Per Holmes, "Kobe has missed 12 straight potential tying/go-ahead shots in the last .05 of 4Q/OT, tying his longest such streak."

While Kobe struggled majorly from the field yesterday, Lin remained aggressive for the majority of the waning minutes, slashing is way to the hoop and both creating his own and others' shots.

However, when it came to crunch time, Kobe once again took the shot - leaving Lin to wonder what could have been if the ball was in his hands.