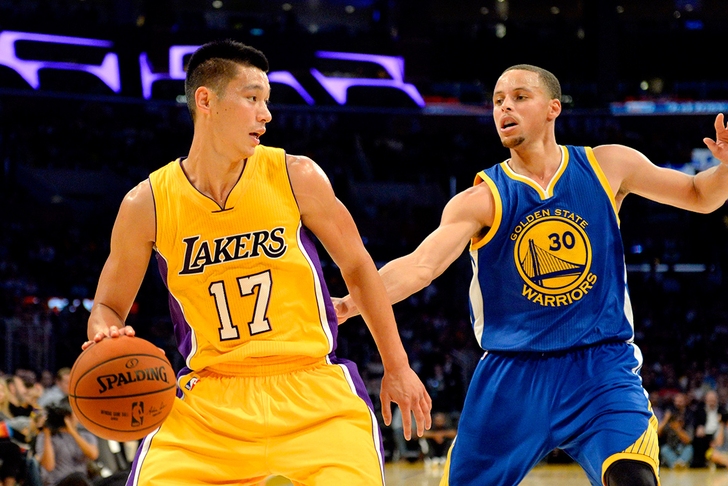 The Los Angeles Lakers' 0-4 start has been tough on everybody from the fans in the stands to the players on the court.

As one of the newest Lakers on the roster, guard Jeremy Lin is attempting to acclimate to his new surroundings while providing production for the team on the court.

Per Serena Winters of Lakers Nation, one of the biggest issues he's encountered from an on-court perspective is where he fits when it comes to the implementation of the offense in real time:

"For example the spacing, that’s one thing we’ve been really trying to figure out. How we’re going to give Kobe his space and let him operate the way he wants to, but then with two popping bigs, how do we implement that with an attacking guard like myself.”

Lin admits that he's a little more frustrated than he thought he'd be at this juncture of the season, but he hasn't given up hope:

"They need me to attack and make plays all the time and just put constant pressure on the defense,” Lin said after Monday’s practice. “I haven’t been able to bring everything but I know it’s early and it’s not because of lack of effort, we’re doing everything we can.”

The Lakers' effort has been apparent over their past couple of losses. However, losing is never fun and the team's current mindset during this four-game losing streak seems far from satisfied.