Lakers News: Jeremy Lin Explains Why He Didn't Foul With Time Winding Down Against Memphis 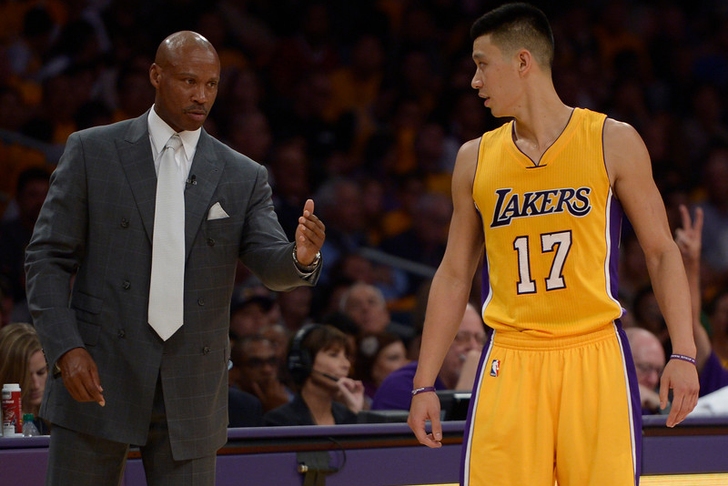 It was one of the unfortunate lowlights of the Lakers season, and seemed to sum up everything that's gone wrong this year: with the clock ticking down against the Memphis Grizzlies and the Lakers trailing by one, Jeremy Lin was guarding Mike Conley on the perimeter. As Kobe Bryant screamed for Lin to foul Conley and stop the clock, Lin stood there frozen...until finally, a livid Kobe took matters into his own hands.

According to Lin, coach Byron Scott told him - repeatedly - not to foul. In his postgame press conference, Scott said he wanted to wait until there were about 10 seconds left to commit the foul...which doesn't make a whole lot of sense, no matter how you look at it. Kobe had just drilled a three to bring the team within striking distance, but the whole sequence with Conley and Lin took the team out of their rhythm and took away any momentum they could have carried into the last possession.

It's hard to blame Lin here for following instructions, and it's even harder to figure out what Scott was thinking. Having an extra six seconds or so on the final possession can be the difference between a good shot and a terrible one...and letting Memphis take additional time off the clock doesn't do anything for the Lakers here at all.