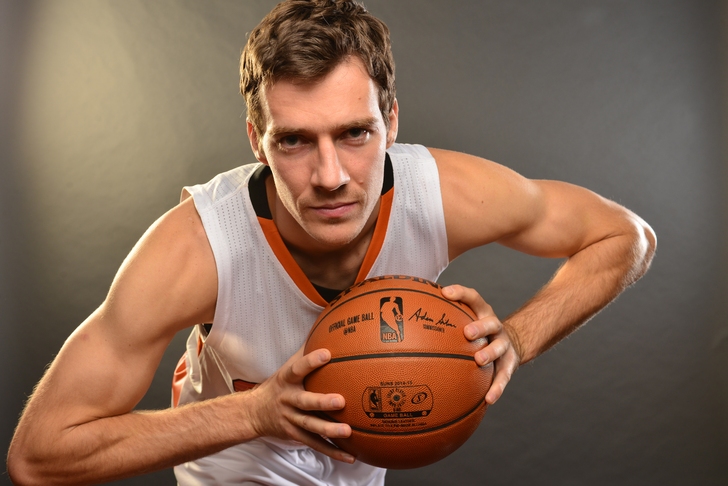 There's been a lot of noise since this past offseason regarding Los Angeles Lakers star Kobe Bryant and the effect his presence has on the team's chances to land marquee free agents.

While some have posited that Bryant's aggressive nature scares away potential top-tier acquisitions away (hello, ESPN), 2015 free agent Goran Dragic of the Phoenix Suns thinks that's an inaccurate assumption.

Via Mike Gavin of Newsday:

Free agent to be Goran Dragic on idea that Kobe Bryant scares away free agents: "I'm never intimidated. I don't believe that is the case."

Numerous reports have surfaced in regards to the difficulty some players have reportedly had playing with Kobe, however superstar names such as Kevin Durant and Paul George have all come out in recent weeks to defend Kobe as the exact type of player they'd want by their side.