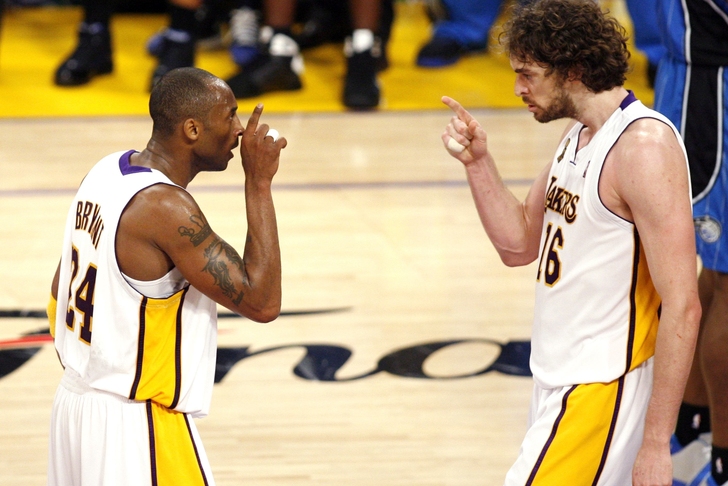 Here's a bit more Lakers news for the end of the work week. Los Angeles Lakers' 4-time All Star Pau Gasol weighed in on Thursday night about Kobe's decision to not play in the 2014 NBA All Star Game, defending the fans who voted Bryant in as a starter.

ESPN's Lakers' beat writer spoke with Gasol after the Lakers' 109-102 loss in Miami, and posted this on Twitter shortly afterwards--

"Pau on the Kobe All-Star conundrum: "Kobe's Kobe. There's only one of him and people want to see him.""

Kobe Bryant sounded off in the wake of his being voted as a starter in the All Star Game, both stating that he will not participate and that the NBA fans should keep their focus on the younger generation of players such as Paul George and Stephen Curry who are starting to make names for themselves in the league.

There have been conflicting reports on whether or not the future Hall of Famer will return from a fracture of the lateral tibial plateau in his left knee. Sources indicate that Bryant's knee will be reevaluated on January 27th or the 28th, and a timetable will be fleshed out for his return after those results are in.

Get all of your Lakers news and rumors first here at Chat Sports. Follow our Lakers' team page.