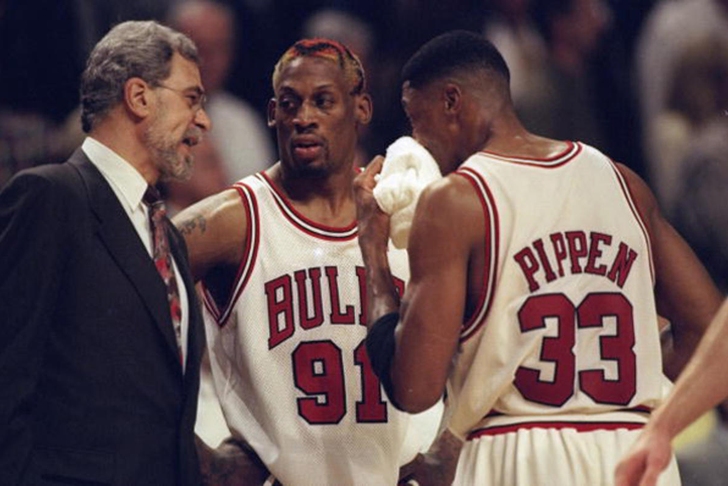 In Lakers news this Friday morning, Los Angeles Lakers' NBA Hall of Fame coach Phil Jackson has made his feelings known about the bizarre and troubling actions of former Laker and 2-time NBA Defensive Player of the Year, Dennis Rodman.

During an interview on Thursday with another former Los Angeles Laker, Rick Fox, the former Lakers' head coach expressed sympathy for the compromising position that Dennis Rodman has gotten himself into over the years--

"I was there for his Hall of Fame induction and have tried to encourage him to find sobriety and it’s been really difficult for him because one of the ways he makes money, obviously, is to be party favor, to be a party clown. I keep trying to nudge him into having a real productive life post basketball. I think it’s really important."

Aside from taking a more humanistic approach to the controversy surrounding the 2-time NBA All Star and former Los Angeles Laker, Jackson emphasized the positives in relation to Dennis Rodman's recent polarizing trip to North Korea, saying that, "we really want to find peace with this country and if Dennis could have helped that I would have been really happy for that."

Rodman played for coach Phil Jackson in Chicago from 1995-98, playing an integral role in helping Jackson win three of his six NBA championships as head coach of the Chicago Bulls.

If you are looking for Lakers news, look no further than Chat Sports. Be sure to follow our Lakers team page.