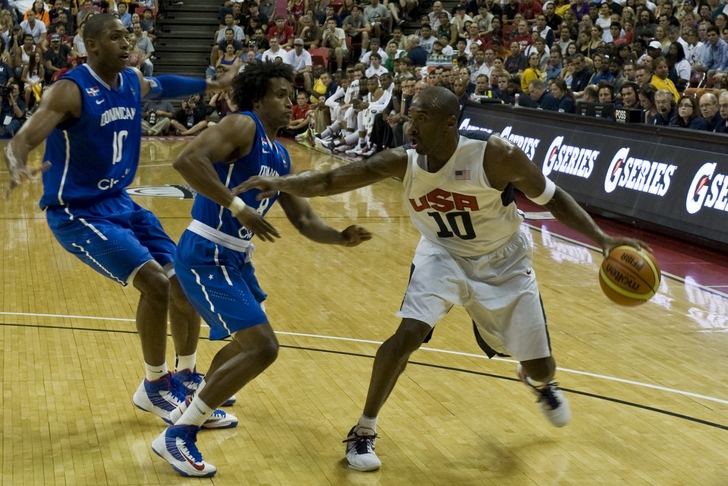 In this Lakers news and rumors update, former USA Basketball executive Tony Ronzone has gone on the record and said that Kobe Bryant is the reason why the team turned around and became a dominant force on the international scene.

After a three-loss, 6th-place finish at the 2006 World Championships, the roster went under a complete overhaul with Bryant as one of the centerpieces. Just a year later at the 2007 FIBA Americas tournament, Kobe demanded to guard the tournament's leading scorer, Brazil's Leandro Barbosa, in USA's final group stage game.

Bryant would hold Barbosa to just one made shot and the rest, in Ronzone's eyes, is history.

I swear that was the turning point. You saw the best player in the world at that time sacrificing his body for a loose ball. That turned us. Great players can play that way. It’s looking in the mirror and saying, ‘We have to play that way.’

In fact, Ronzone said that Coach K has drawn off of Bryant's performance that night to inspire other players to match Kobe's effort level:

Coach K would use that play (of Bryant diving for the loose ball), showing a clip of it, to remind everyone that it was ‘We, not I.

Just another example of Kobe's competitive spirit in action.