Lakers News: Ed Davis Plans To Opt Out, But Wants A Long-Term Deal In LA 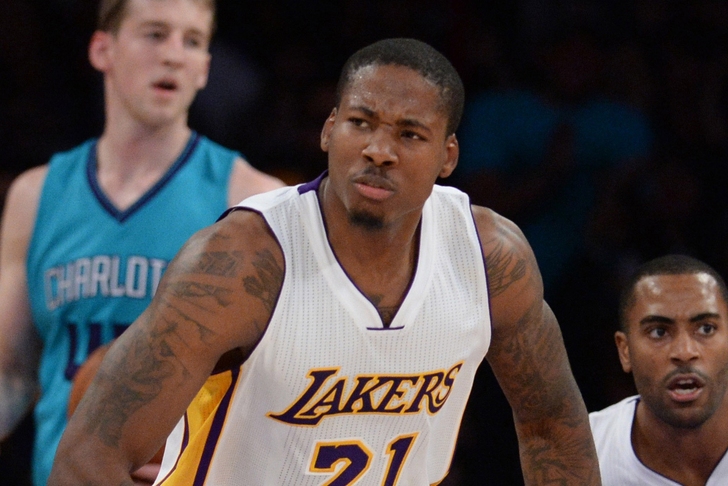 Ed Davis has been one of the few bright spots in an otherwise dismal 2014-15 season for the LA Lakers. While his role and minutes have fluctuated wildly from week to week, he's still brought hustle, effort, and consistent inside shooting to a lineup that's been lacking all three.

Davis told the Los Angeles News Group that he plans to opt out of his $1 million/year deal this coming summer, but he'd love to remain a Laker and would love for the team to commit to him long-term. This puts the Lakers in a complicated, but manageable position.

Firstly, the Lakers would love to keep Davis around. HC Byron Scott hasn't been too quick to give out praise this season, but Davis has been one of the few players to stay on his good side for virtually the entire year.

What complicates things is LA's plan for the summer. The Lakers want to bring in high-level, elite players, and to do that they need as much financial flexibility as possible. Committing to Davis early eats up a small, but still-significant amount of their cap space and room to maneuver...but waiting too long to give him a long-term offer makes it much more likely he ends up elsewhere.

We fully expect the Lakers to try and bring Davis back, but it remains to be seen if their other priorities will get in the way.