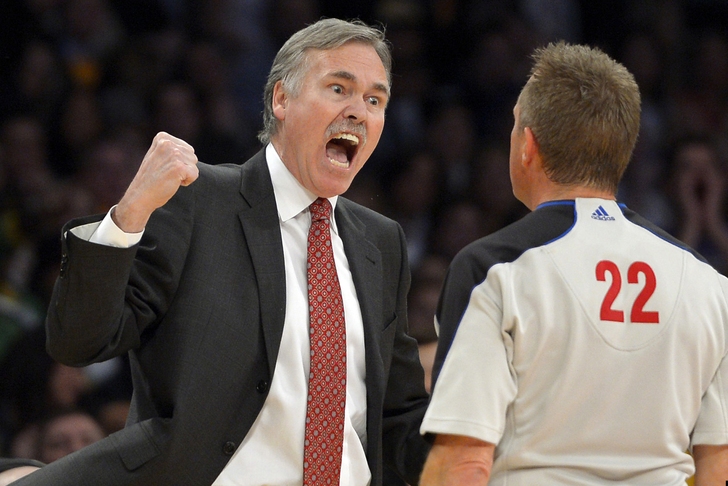 The Lakers news cycle took a horrific turn tonight, with the LA Lakers suffering an historic drubbing at the hands of their co-tenants at the Staples Center.

The Los Angeles Clippers absolutely dismantled the Los Angeles Lakers by the count of 142-94 on Thursday, marking the worst margin of defeat in LA Lakers history.

After the game, Lakers coach Mike D'Antoni bluntly assessed the manner which Blake Griffin and company beat up on a hapless LA Lakers defense--

D'Antoni: "They smelled blood in the water and they killed us."

The "blood in the water" was also noticed by Lakers fans in the Staples Center, as a good chunk of the Laker faithful made their way toward the exits at halftime with the LA Clippers leading 72-40.

Kendall Marshall was the only reason why the Lakers didn't lose by over a half-century's worth of points, hitting a 3-pointer with 15 seconds remaining to cut the gargantuan lead to a mere 48.