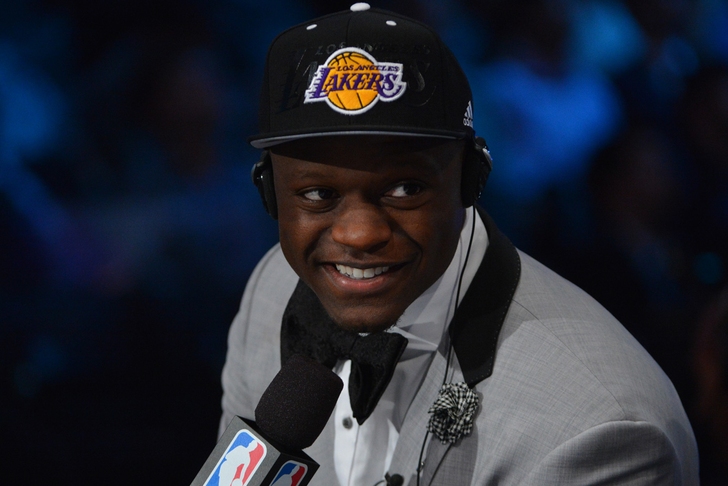 After going through growing pains in two games against the Golden State Warriors, Los Angeles Lakers first-round draft pick Julius Randle still has a lot of work left to do to gain the full trust of head coach Byron Scott.

Per Serena Winters of Lakers Nation, Scott has a very clear idea of the work Randle needs to put in to become a function top-level member of the team's rotation:

“I think against Golden State, they can make a lot of people look bad. And, I thought his two games against Golden State, he just looked lost, so he’s got to get to the point where he understands the offense a lot better, he’s not chasing the ball and defensively he’s got to use that size and that quickness and that’s something he hasn’t done yet. So, he’s still learning and he’s got two weeks to kind of catch up on all those things because I want to at least be able to trust him when I put him in the game.”

Granted all of Randle's 'struggles' are based on a very small sample size of preseason basketball. This is why the preseason exists - to get players like Randle up to speed.

Scott doesn't seem worried about Randle. He just wants him to learn from the inevitable tough times and grow accordingly.