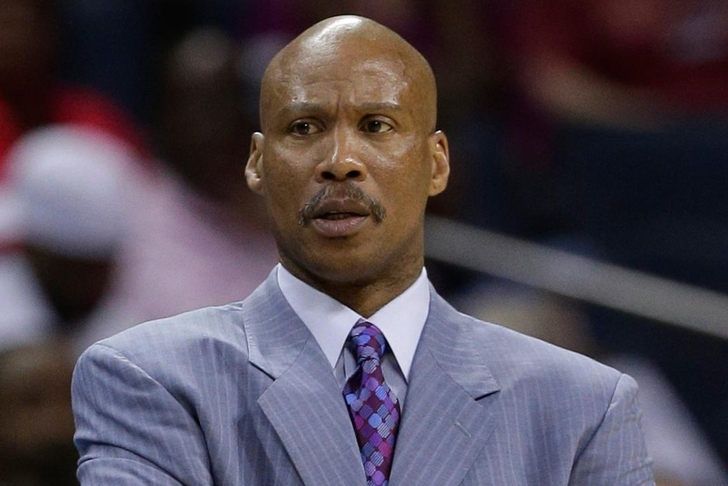 Lakers executive vice president of basketball operations Jim Buss has caught plenty of heat this season, not least from Lakers legend Magic Johnson. Johnson was less than thrilled when the Lakers didn't manage to land any A-list free agents last summer, and he's been a vocal critic of the team's brutal 2014-15 season to date.

At the Lakers' practice Tuesday morning, coach Byron Scott told the Los Angeles Daily News that he (shockingly) doesn't agree with the criticism his boss has received.

“I’ve been very happy with Jim. I think Jim has done a great job,” Scott said. “I think he obviously put us in a position this summer to do some good things. It just depends on if we can get those things done this summer, obviously. But being around him as much as I have this past six or seven months, personally I like him and professionally I think he’s doing all the right things right now. The bottom line is once this season is all said and done, I think everybody in Lakerland knows that this is a big summer and it could be a very great summer as well for us.”

The Lakers will have plenty of money to throw at any rebuilding efforts, and they could manage to snag two top-level free agents if they can successfully manage their salary cap over the next few months. In the modern NBA, it's virtually impossible for an aging team to get better without getting worse first (you can end up stuck in a cycle of mediocrity for years if you're afraid to blow things up - just look at Denver), and the ultimate judgment for Buss won't be possible until we find out just how long this process is going to take.