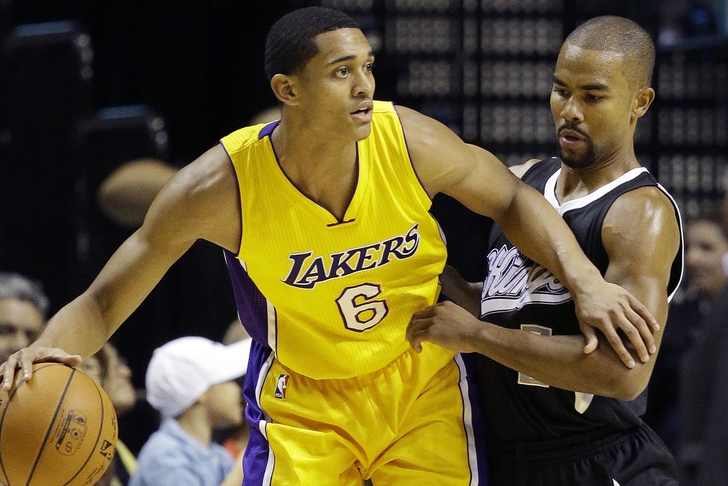 Rookie Jordan Clarkson has been one of the few true bright spots of the Los Angeles Lakers' 2014-15 season, as the first-year point guard has found a major groove with the team in the second half of the campaign.

B. Scott said on our #Lakers show on @TWCDeportes that Jordan Clarkson has some things of R. Westbrook: explosiveness, attacking the basket

That would make sense, seeing that Clarkson has watched Westbrook closely and patterned some of his work after the Thunder star.

“I watch Russell a lot,” Clarkson told NBCLA.com. “I watch him a lot. I take some stuff from his game, the way he’s aggressive at all times.”

Clarkson is averaging 14.4 points, 4.4 assists, and 3.9 rebounds per contest in 27 games as a starter this season.