Lakers Coaching Rumors: Top Candidates As Of May 17th 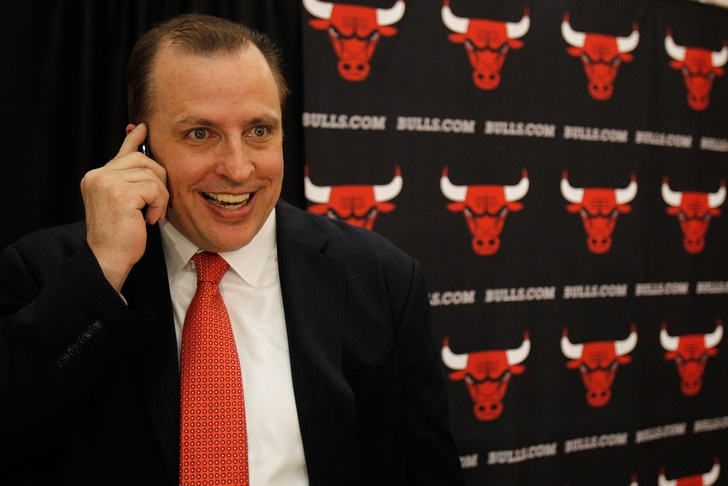 Lakers coaching rumors seem to be in a period of "wait and see" right now, with head coaching vacancies for the New York Knicks and Cleveland Cavs currently dominating the national spotlight. However, just because president of basketball operations Jim Buss is being patient, doesn't mean that the Lakers aren't planning a big push into the hiring market as we review the Top 5 Lakers Head Coaching Candidates As Of May 17th:

Is Derek Fisher a legitimate candidate for the Los Angeles Lakers' opening...or will he look at a situation in New York with former coach Phil Jackson at the reins, choosing to work for a guy who led the OKC sharpshooter to five NBA championship rings during his time in Lakerland. If the Lakers are to make a serious push for Fisher, they are going to have to find a way to outsell and out-pitch a desperate Zen Master in the Big Apple.

Ollie's 2014 NCAA National Championship makes him one of the most intriguing "what if's" on the market, but does his youth and relative inexperience make him a bigger gamble at the NBA level than most people are willing to admit? Experienced collegiate coaches such as John Calipari and Rick Pitino have struggled to make the leap -- while Ollie face the same fate? Are the Lakers going to be wary of the fact that Ollie was this close to being on the hot seat at UConn before his miracle run to the title? We'll see.

Per Nick Friedell of ESPN.com, "the silence of Tom Thibodeau and [Bulls GM] Gar Forman regarding the veteran coach's future with the Chicago Bulls spoke much louder than any words could have at Thursday's NBA draft combine." That silence can mean nothing but good things for the Lakers, especially with the budding relationship between Kobe Bryant and Thibs from their time together with the USA Basketball team. Thibs won't want to mess with the Dolan/Jackson mess at Madison Square Garden, but a Lakers team with cap space and a lottery pick? All sides may be very happy if a trade takes place in the next few weeks.

Here's the pick that very people are talking about and there are several reasons why it may end up being the final choice in Lakerland. The Lakers are being exceedingly patient, but if that ends up working against them with their top picks either going elsewhere or recommitting to their current situations...the Lakers top assistant coach could end up being the safe choice to at least take on the 2014-15 NBA season for the Lakers. But, can the Lakers afford to play it safe?

Scott holds steady in the #1 spot because none of the coaches on this list combine the past NBA head coaching success and ties to the Laker culture necessary to both take on the rigors of the job and satiate a fan base tired of underwhelming coaching hires outside of the Los Angeles Lakers family. Scott would have the locker room, the fan base, and management on his side right off the bat -- a safe pick with extraordinary upside if he's given the talent and tools to rebuild the roster.