Lakers Coaching Rumors: Top 5 Candidates As Of May 25th 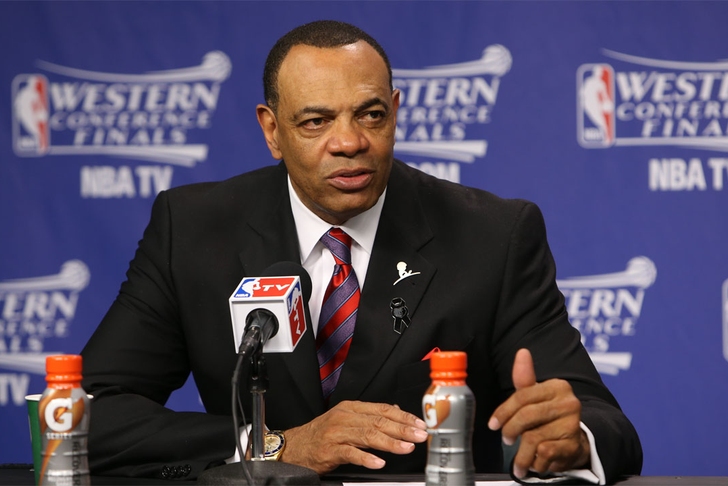 In today's edition of Lakers coaching rumors, it seems that one veteran coaching target may have dropped off the Lakers' wishlist entirely. Bleacher Report's Ric Bucher is reporting that Tom Thibodeau would only leave the Chicago Bulls for the Knicks coaching job, presumably taking him out of the running in L.A. However, there are plenty of other intriguing options to look at, as we present to you our Top 5 Lakers Head Coaching Candidates As Of May 25th.

The response to Dunleavy's interview with the Lakers has been lukewarm at best amongst fans and members of the media. To be fair, Dunleavy's entire coaching career has been lukewarm in and of itself. He is well-known for his patience - something that the Lakers could very well use as they work through the growing pains of a (hopefully) quick rebuilding process. However, Dunleavy has an under-.500 regular-season record (613-716) in 17 seasons as an NBA head coach. That won't get it done in Hollywood.

The Memphis Grizzlies may end up stealing Jeff Van Gundy from the free agent coaching pool, with rumors circulating that they want to offer Van Gundy a similar amount of control to the deal his brother Stan got to coach and run basketball operations for the Detroit Pistons. The allure of the Los Angeles Lakers job may keep them in the running, but right now the Grizzlies may be the front-runners to land the former Knicks head coach.

There are two schools of thought when it comes to Kurt Rambis in Los Angeles. One school believes that Rambis is well overdue for a shot to coach the Lakers, and that he would be the perfect bridge back to the Purple and Gold's recent glory days. The other school of thought is that Rambis got his shot in Minnesota from 2009-11 and failed miserably with a 32-132 record. Which school wins? We're leaning (slightly) toward the latter.

Per Adrian Wojnarowski of Yahoo! Sports, the Los Angeles Lakers are planning to interview Hollins as the potential replacement for Mike D'Antoni. And, why not? Hollins represents everything that D'Antoni didn't, bringing a defensive mind which could be just the ticket in taking the team's of base of talent back to the playoffs sooner rather than later. The interview is slated for later in the week. We'll have more on this as information is made available.

Scott says he's the "perfect guy" to replace Mike D'Antoni. Lakers fans have been backing Scott for years as the guy to bring the Lakers back to prominence. We're unsure of why there hasn't been more buzz around Scott's name, but it is most likely due to the fact that the Lakers are unwilling to tip their hand to give any coach leverage in contract negotiations. Keep your money on Scott. He's in this for the long haul.