Lakers Coaching Rumors: Top 5 Candidates As Of May 19th 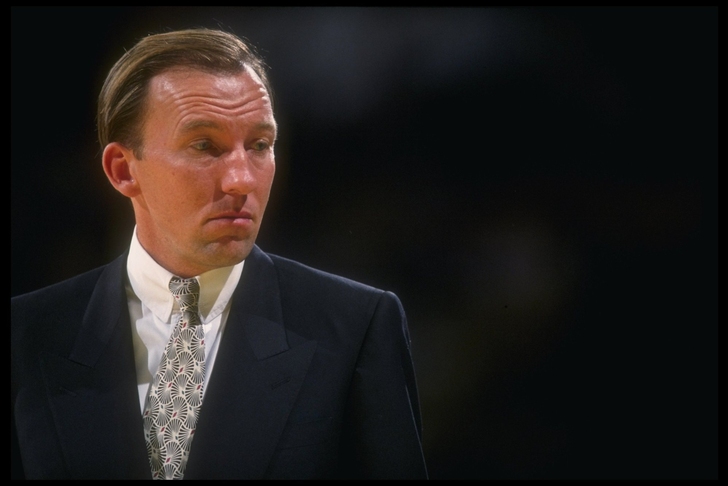 Monday's Lakers coaching rumors see a familiar face to Los Angeles basketball fans reentering the conversation, along with a clear top candidate keeping his place at #1 on our list. Who are they? Keep reading as we present to you our Top 5 Lakers Head Coaching Candidates As Of May 19th:

The rest of the league is starting to jump on the Tom Thibodeau train, with ESPN's Bill Simmons reporting that the Memphis Grizzlies could make a strong push to trade for the Chicago Bulls' defensive mastermind. If the market begins to get crowded for Thibs and the Bulls' asking price starts to rise, don't be surprised if the Lakers bow out and continue to look elsewhere.

Dunleavy's name continues to surface in reports around the Lakers, so it would be foolish to disregard him entirely. The former Lakers and Clippers head coach has made a ton of friends in high places during his decades of service in the NBA. While his coaching record is spotty to say the least, he may continue to come up as a "safe" choice as the Lakers begin to ramp up the interview process.

Derek Fisher's name went from being a "what if" to being one of the hottest coaching prospects in NBA history to never actually claim that he's interested in being a head coach. Fisher's ties to Knicks president Phil Jackson may be too strong for the Lakers to counter at this point...that or Fisher could just keep playing next season, as OKC Thunder head coach Scott Brooks suggested this weekend.

Jeff Van Gundy is becoming a more attractive proposition to both Lakers fans and team management by the day. He is saying and doing all the right things when asked about potential coaching jobs, declining to comment out of respect for the teams that may come knocking at his door. His marked professionalism and solid track record as an NBA head coach will help him outdistance some of the more "marketable" names surrounding the vacancy.

Scott remains at the top of this list until a more attractive, logical option presents itself. There is no coach on this list that has the experience Scott has, along with the Lakers pedigree which will instantly make him a favorite amongst the team's rabid fan base. Scott should have been given this job a number of times before. If Jim Buss really wants to make the correct basketball hire, Scott's his man.