Lakers Coaching Rumors: Top 5 Candidates As Of May 18th 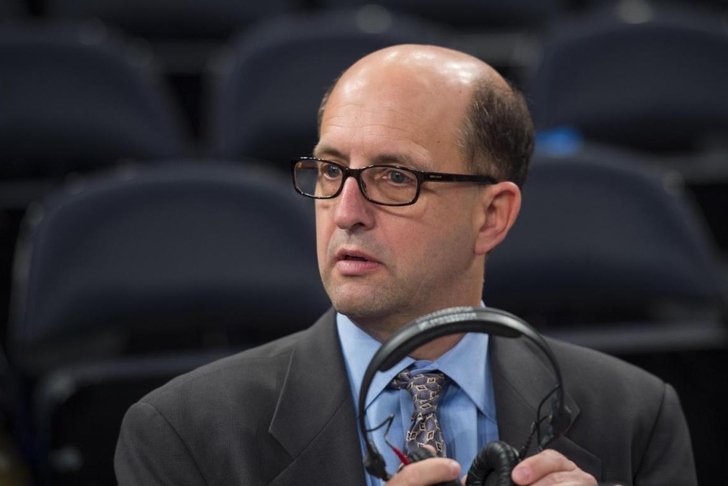 Lakers coaching rumors may have lost a potential replacement for Mike D'Antoni, with reports now surfacing that UConn Huskies head coach Kevin Ollie is looking for a larger contract than Steve Kerr received from the Golden State Warriors (five years, $25 million). With that potentially scratching Ollie off the list, Chat Sports is here to help predict the team's next step with the Top 5 Lakers Head Coaching Candidates As Of May 18th:

Messina is hanging around the fringes of the Lakers' coaching search, with sources indicating that the Italian legend may be more inclined to pursue the Jazz's head coaching vacancy or an assistant coaching role with the Spurs. However, as names continue to drop off the team's wishlist, don't be surprised if the Los Angeles Lakers make a push to bring their former assistant coach back into the fray.

The continued silence from Chicago Bulls management over Thibs' status with the team could be extremely telling. If a trade is in play for the defensive mastermind, the Bulls will have teams knocking down their door. Acquiring Thibs would be a huge coup for the team both marketing-wise and from a player morale standpoint (Kobe loves him). However, the Lakers need to be wary over mortgaging their future via trade to get him.

Jeff Van Gundy's stock will continue to rise in Los Angeles as other candidates fall out of the search for one reason or another. He was named as an early potential candidate for the job, and his brother is hinting that Jeff is open to potential coaching opportunities down the road. If Van Gundy is to return, he will most likely either land back with the Knicks or with the Lakers. Knowing what he knows about Knicks owner James Dolan, the Lakers would be a safer bet.

Fisher replaces Kurt Rambis in our number-two spot for today for a couple of reasons. Firstly, the Lakers have seen the big splashes being made by clubs such as the Detroit Pistons (Stan Van Gundy) and Golden State Warriors (Steve Kerr). Playing it safe from within could cause the Lakers to lose face (deserved or not) in the court of public opinion.

Secondly, if Fisher is going to get his coaching career off the ground in 2014-15, it will either be with the Knicks or the Lakers. The Lakers present the better option when it comes to cap space and potential talent, so count the Lakers as slim favorites if he does decide to throw his name out there.

Scott continues to occupy our #1 spot, with very little chance that he will be knocked off the top of the list any time soon. Lakers fans would welcome the former "Showtime" standout with open arms. Never underestimate the power of fans' opinions, especially in a high-pressure environment such as Staples Center. Scott is levelheaded enough to handle the scrutiny and is a proven commodity which could help turn the Lakers around as soon as he signs his name on the dotted line.