Lakers Coaching Rumors: Top 5 Candidates As Of May 14th 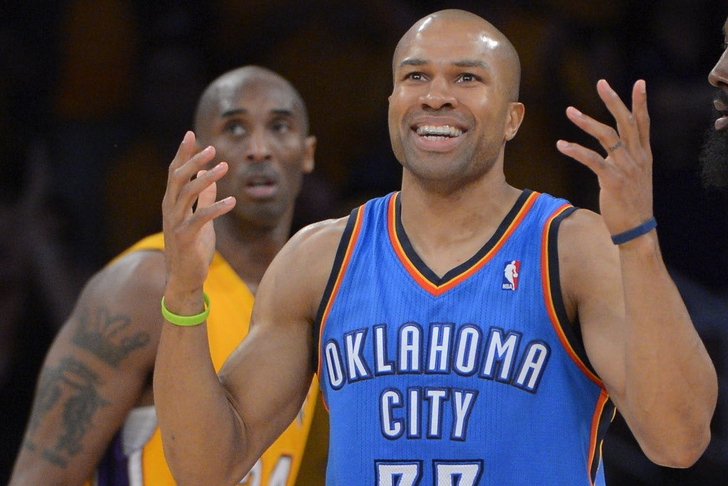 Lakers coaching rumors are still in a bit of holding pattern, with several sources indicating that the first batch of interviews for the team's vacant head coaching slot won't be held for at least another month. However, there is still plenty of speculation going around about which direction the Lakers are planning to go in their search for Mike D'Antoni's replacement, as we present to you the Top 5 Lakers Coaching Candidates as of May 14th:

Messina is the true wild card for the Lakers in their coaching search. He is widely regarded as one of the top head coaches in European basketball history, and has gained himself quite the bevy of supporters over here in the States. Messina has been linked to everything from an assistant coaching role with the Spurs to the Jazz's vacant HC position -- but Messina's ties with the Lakers (one year as a consultant under Mike D'Antoni) and his  title as the "Phil Jackson of European basketball" could  cause some intrigue as the search ramps up next month.

His brother just took the reins of the Detroit Pistons on Tuesday -- taking over as the Pistons' head coach and president of basketball operations. Jeff most likely won't receive that kind of power if he signs with the Lakers. However, the force of his personality and the passion which he elicits from both players and fans alike may be just what this Lakers franchise needs to turn the corner on a new era in Los Angeles basketball.

Is Kevin Ollie a real contender for the Lakers head coaching position? It depends on who you ask. Per the New Haven Register, an NBA team is expected to "come hard" at landing Ollie in the next couple of days -- a team not on the "obvious" list of the Lakers, Warriors, or Knicks. However, the Lakers are remaining exceedingly patient -- and Ollie very well could be biding his time until one of the biggest dream jobs in the entire sport of basketball becomes fair game.

The longer the Lakers wait, the less a relatively safe option like Byron Scott seems like a sure thing. If the Lakres were fully sold on Scott as "their guy," this process may not be as long and drawn out as it is looking to become. Expect a ton of flashy names to push Scott to the wayside in the media -- only for Scott's resume' and strong standing with the Lakers to keep him as a primary contender throughout the late spring/early summer.

Is this why the Lakers are waiting?

With Fisher's Oklahoma City Thunder in prime position to advance to the Western Conference Finals, it may be a few weeks yet before Fisher can enter any serious talks to jump from on-court general to Lakers head coach. Derek Fisher has garnered the respect necessary to make his transition to coaching easier than most -- and the timeless memories he created as a player for the Lakers during their recent glory days may be just what the franchise needs to reconnect with its winning past.

Chat Sports has the latest in Lakers coaching rumors, as the team searches for Mike D'Antoni's replacement. Be sure to follow our Lakers team page today.