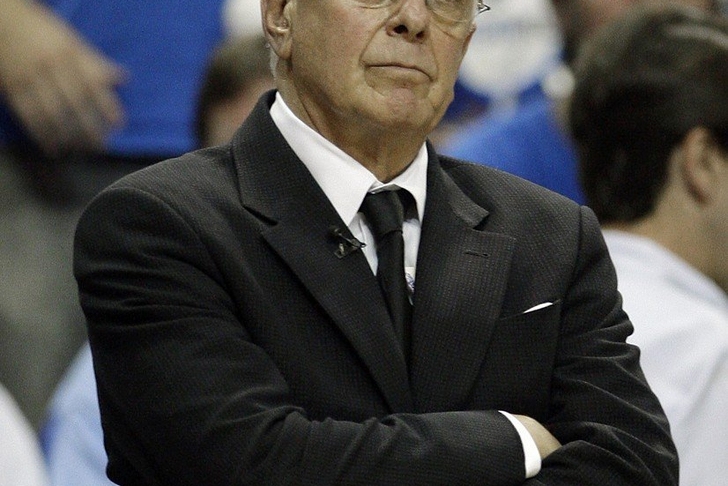 In today's Lakers news update, the Los Angeles Lakers may just have added two former NBA head coaches to their list of potential candidates - with one of them a certifiable legend of the game.

Per Ramona Shelburne of ESPN.com (via Corey Hansford of Lakers Nation), the Lakers could be reaching out to Scott Skiles and Larry Brown about their coaching vacancy in the very near future -

We hear Lakers do plan to speak with Derek Fisher this week. Also Scott Skiles and Larry Brown at some point.

SMU head coach Larry Brown's 1,098 regular-season wins as an NBA head coach places him 7th on the NBA's all-time wins list. He fits the mold of what the Lakers are looking for in Mike D'Antoni's replacement (defense-oriented, no-nonsense, a ton of NBA coaching experience).

Skiles also fits when it comes to his defensive pedigree as a coach, but he has failed to establish himself as a legitimate top-level coach despite three stops in Phoenix, Chicago, and Milwaukee.