Lakers-Celtics: A time of uncertainty for two great franchises 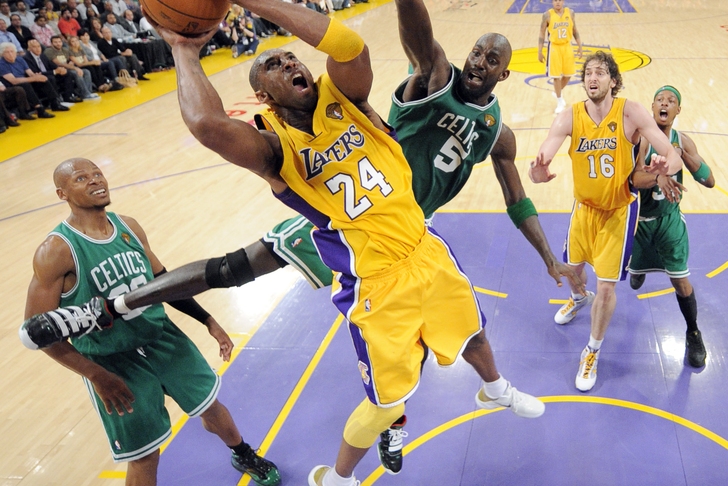 When the Lakers (14-25) and Celtics (14-26) take the floor tonight at the TD Bank Garden, only two players from the 2010 NBA Finals will remain. One happens to be an aging Pau Gasol.

With the return of Rajon Rondo and the absence of Kobe Bryant, the remnants of a revived rivalry will only be a fraction of itself. During a time where the Heat, Pacers, Spurs, Blazers and Thunder roam the top of the NBA hardwood, so do the Celtics and Lakers at the bottom.

Tonight's game won't be about fighting for a better seed or making the playoffs for that matter. Both teams are near the bottom of their respective conferences and it is a mere testament to how quick their turnarounds towards being a non-playoff team have been. Though the Celtics and Lakers have been among the few teams that have managed to experience a high level of success in multiple generations, their current situations have shown a side of humanness in regards to a time of rebuilding.

But what makes this situation unique and ambiguous is the direction of ownership for both franchises. Though the Celtics have made some subtle changes this season under a confident Danny Ainge in preparation for the future, the Lakers under Jim Buss have done the exact opposite. Both the Celtics and Lakers are in a time of uncertainty under their current ownership and until they grind out the remainder of this season, it will remain that way.

Let's give first year coach Brad Stevens some credit though for his valiant effort thus far this season. If there is one bright spot for the Celtics moving forward, it's under the direct control of a baby face Stevens.

The bottom line is that both teams won't be in contention for a title anytime soon. While the Celtics look to be hopeful in the upcoming year, it will completely be dependent on the future of Rondo and their success at the upcoming draft. This next offseason will also essentially be the first time--at least for the Lakers--where a presence of a Dr. Jerry Buss won't be apparent, which makes the future that much gloomier.

So when you take a peek at the two under-par teams this evening, keep in mind that there aren't any guarantees this will be resolved in the coming year. The two franchises have always found a way to get back to the top up until this point, but there is an eery feeling among both fan bases that it may just a little longer this time.