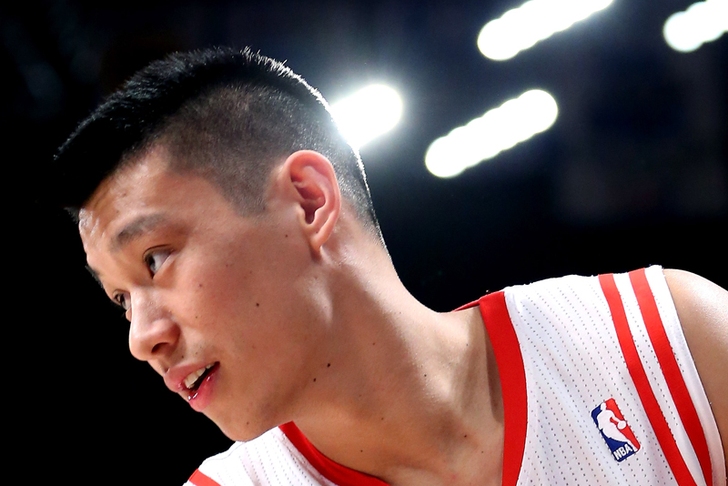 The Los Angeles Lakers have acquired point guard Jeremy Lin, a future first-round draft pick and "other draft considerations" from the Houston Rockets, with cash and the rights to overseas players heading the other way. Yahoo! Sports' Adrian Wojnarowski was, as usual, the first to report:

The Rockets finalizing Jeremy Lin, a future first-round pick and other draft considerations to the Lakers, league source tells Yahoo.

The Lakers will send cash and rights to overseas player to the Rockets, but no salary back, league source tells Yahoo. — Adrian Wojnarowski (@WojYahooNBA) July 11, 2014

The Rockets are attempting to clear cap space for Chris Bosh, who has a standing four-year, $88 million contract offer from Houston. Because Lin's salary will be off the books next summer, this is a deal that makes a lot of sense for both sides.

Since LA already has point guards Steve Nash and Kendall Marshall under contract, they can either use Lin as part of a three-guard rotation, or use his expiring contract as a trade chip down the road.