LA Lakers News: Steve Nash felt "like a kid" in return to Lakers 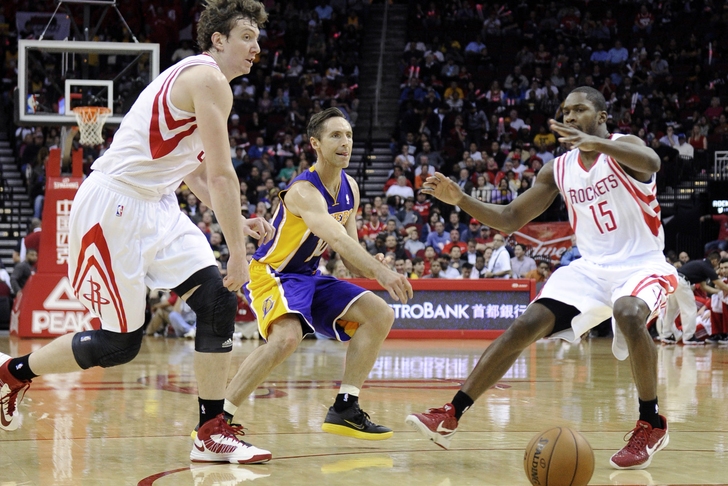 Here's a bit of positive LA Lakers news after the Lakers suffered their 7th straight loss in a 109-99 loss to the Minnesota Timberwolves on Tuesday — future Hall of Famer Steve Nash had an absolute blast in his return from a back injury.

"Nash: 'Tough road, but tonight there’s a part of me that feels like a kid, like a rookie who got to play in the NBA. Pretty cool feeling.'"

Ding also tweeted out that the 8-time NBA All Star "did feel some nerve pain during the game, but overall it was an exciting, encouraging night for him to play in the NBA again."

There have been conflicting reports over the past three months regarding return timetables for Nash, with some even stating that Steve Nash could never play again. The relief over escaping all of those doubts was palpable on the court Tuesday night.

In his return, Steve Nash played just 25 minutes, scoring 7 points and dishing out 9 assists in the LA Lakers' 19th loss in their past 22 games.