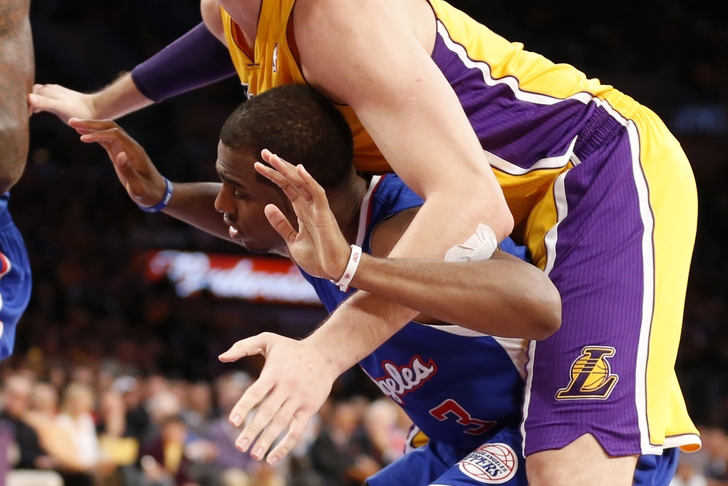 In LA Lakers news tonight, it looks the focal point of a litany of LA Lakers trade talks the past several weeks will be in the Lakers' starting lineup tonight against the Boston Celtics.

Starters tonight: Marshall, Meeks, Johnson, Kelly and Gasol. Young and Henry are still out but thought to be close to returning.

Pau Gasol was sidelined for seven games after aggravating a groin injury in a 110-100 home loss to the Charlotte Bobcats on January 31st.

The LA Lakers went 2-5 in Pau Gasol's absence, including a demoralizing 134-108 home loss on Wednesday to the Dwight Howard-led Houston Rockets.

Having Gasol roaming the paint once again could pay immediate dividends defensively for an LA Lakers squad that is ranked second-to-last this season with 106.2 points allowed per game.