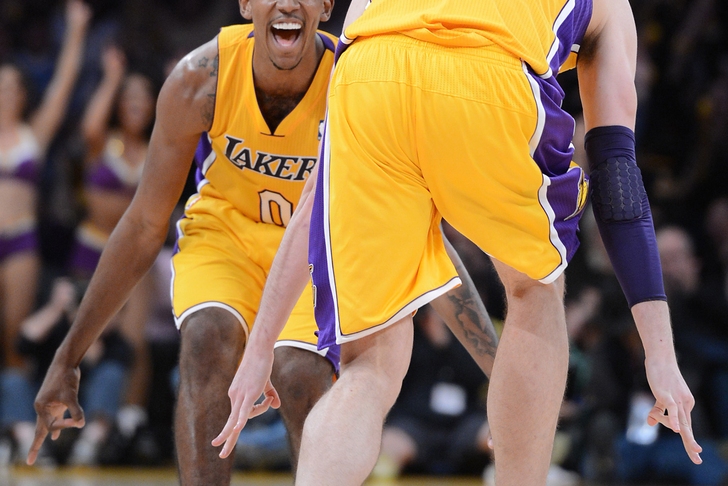 LA Lakers news has been chock-full of injury reporting this season, and the lead-up to tonight's Lakers' home game against the Sacramento Kings isn't any different.

Lakers injury news: Kaman (sore back) is probable for the SAC game. Nick Young (knee) is out. X.Henry staying in D-League for another game

Chris Kaman sat out on Wednesday, nursing back problems which have cropped up for him throughout the 2013-14 NBA season. The LA Lakers will most likely keep the 11-year veteran's status up in the air on the game-to-game basis.

Nick Young has been sidelined since suffering a bone bruise and fracture of the patella in his left knee. All signs are pointing to Sunday's LA Lakers home game against the Brooklyn Nets as a return date for the emerging young threat.

Xavier Henry's continued rehab assignment is being examined on a game-to-game basis by the LA Lakers, as the club is being very careful about not rushing the 22-year-old back from his recent knee injury.