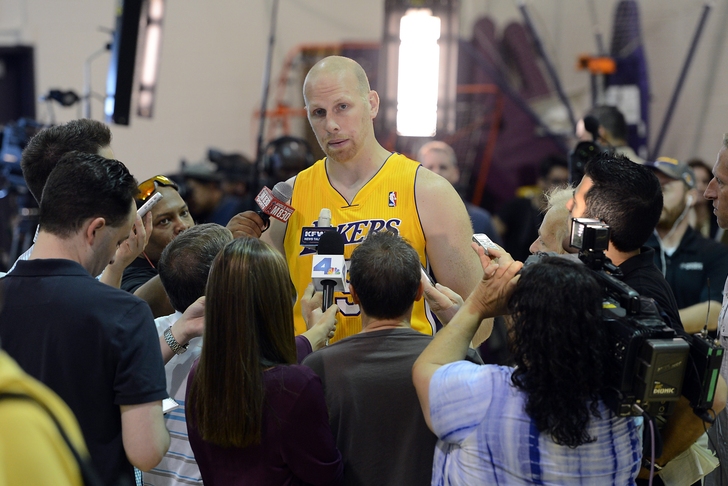 Speaking with ESPN Los Angeles' Dave McMenamin, Bryant voiced his frustration over the current state of the Lakers, pointing to Chris Kaman's pantomime nap on the bench in last Wednesday's victory over the Cleveland Cavaliers as part of the problem--

"The last week’s been horrible. That Cleveland game, it was crazy. And then [Chris] Kaman goes to sleep on the bench, it’s like when big brother is not around, you start doing crazy [stuff]. So, it’s been rough."

The Lakers' 119-108 victory in Cleveland last week had plenty of strangeness to go around, as LA Lakers' center Robert Sacre fouled out when the Lakers only had five eligible players remaining, prompting a little known rule to take effect in which Sacre was allowed to keep playing after being assessed a technical foul.

Chris Kaman's display of sleeping prowess was perhaps meant as a joke to lighten the moment, and has spurred hundreds of internet memes and videos in his honor.

However, with the LA Lakers sitting at 18-33, just a game out of the cellar in the Western Conference, Kobe Bryant doesn't seem to be in any mood to join in on the laughs.