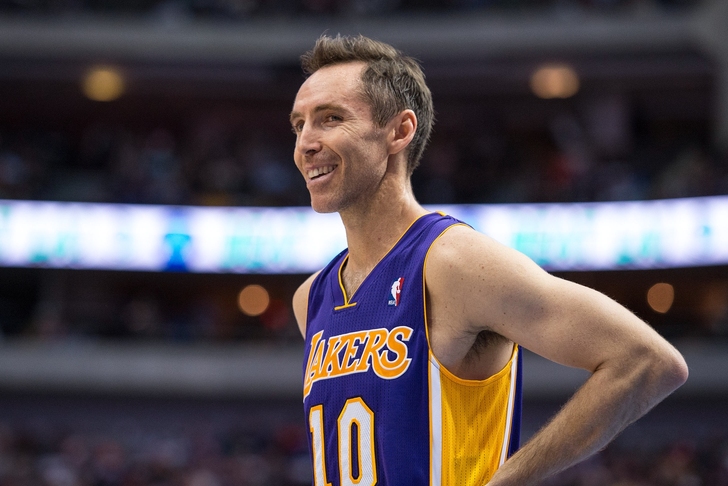 In LA Lakers news today, NBA Hall-of-Famer Steve Nash's playing status for the 2014-15 NBA season will have absolutely no effect on the Lakers' salary cap situation.

Nash left Tuesday's 96-79 home loss to the Utah Jazz with pain in his lower back and an irritated left knee, lending to speculation that the two-time NBA MVP is closer to hanging it up than he is letting on.

To make matters worse, according to the Los Angeles Times, the LA Lakers would receive no salary cap relief whatsoever in 2014-15 if Nash were to retire due to injury. This is due to the fact that Steve Nash played in his 10th game this season on Tuesday, precluding the Lakers from erasing his $9.7 million salary from their official books.

However, there are options--"They can waive him via the NBA's so-called stretch provision by Sept. 1, allowing them to spread his salary over the next three seasons. But they might want to keep him so they can expunge his salary by the time premier free agents become available, such as Kevin Love in 2015 and Kevin Durant in 2016."

Despite all of this, Steve Nash isn't ready to accept a role as financial fodder: "Basically, I've worked out twice a day for 10 months just so I can try to get back on the floor,"  Nash stated. "One, I love the game and want to be a part of this team, and two, it's my job."