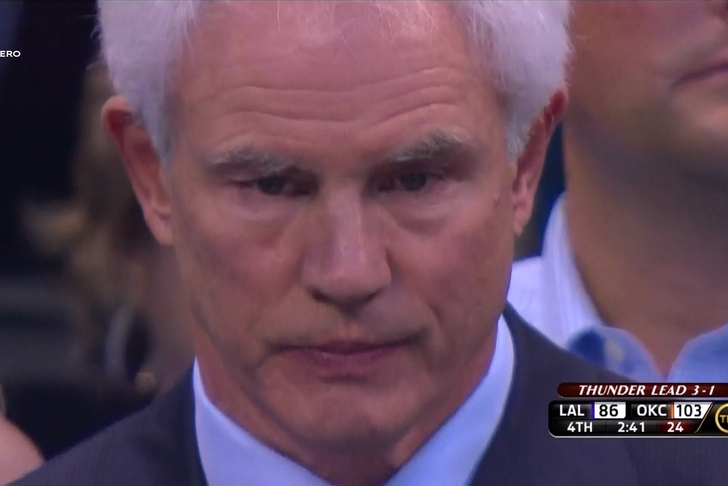 In LA Lakers news tonight, LA Lakers general manager Mitch Kupchak seems to be more interested in poking fun at a certain Lakers' legend than accepting any business advice from him.

Kupchak spoke with reporters today after the 2014 NBA trade deadline passed, and when asked about his relationship with current Los Angeles Dodgers owner and former LA Lakers legend Magic Johnson, Kupchak had a good-natured potshot lined up for the NBA Hall-of-Famer--

"Hopefully, Earvin is looking for a second baseman. I would hope that’s what he’s spending his time on right now.”

Magic Johnson hasn't been shy about expressing his frustration with the current state of the LA Lakers, taking to Twitter on several occasions to blast the team for everything from coaching to perceived lack of effort--leading to speculation that Johnson could very well be interested in having a hands-on role with the LA Lakers in the future.

Despite all of that, LA Lakers general manager Mitch Kupchak is still quite friendly with Magic, as evidenced by the joking nature of his response. He even went so far to say that the former LA Lakers superstar's criticisms only occur because Magic is "a fan at heart."

Get LA Lakers news as soon as it breaks. Follow our LA Lakers team page today.