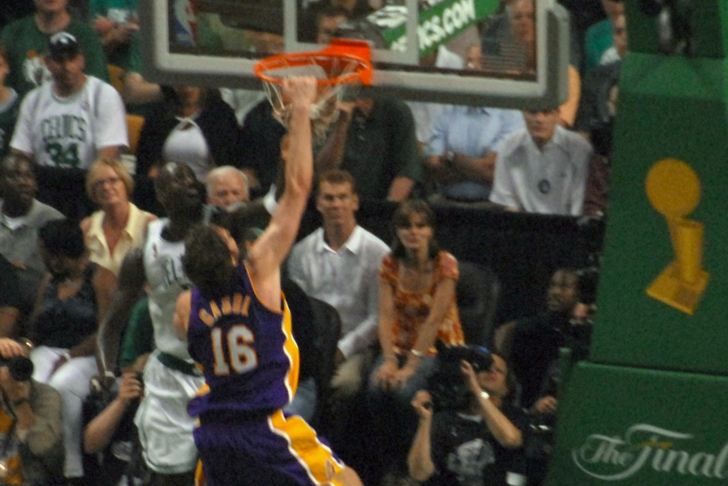 In LA Lakers news today, the Lakers big man who has dominated trade buzz over the past couple of months is, perhaps, making one last effort to remain in Los Angeles.

Pau Gasol's favorite moment as a Laker? The moment he was traded to Los Angeles.

This may come as a surprise for an LA Lakers stalwart who has been a part of a litany of All-Star Games, three NBA Finals appearances, and two NBA championships in his time with the LA Lakers.

This could be interpreted as a last minute pitch to remind the LA Lakers where his loyalty lies and where he wants to be, but it remains to be seen if the LA Lakers will reciprocate said loyalty.

Pau Gasol has been, without a shadow of a doubt, the most intriguing player of the LA Lakers news cycle over the past couple of months--and his double-double average of 17.0 points and 10.2 rebounds a game has perhaps cemented his place as the LA Lakers' on-the-court MVP for 2013-14.

LA Lakers news is buzzing as the trade deadline approaches, and Chat Sports has you covered. Follow our Lakers team page today.