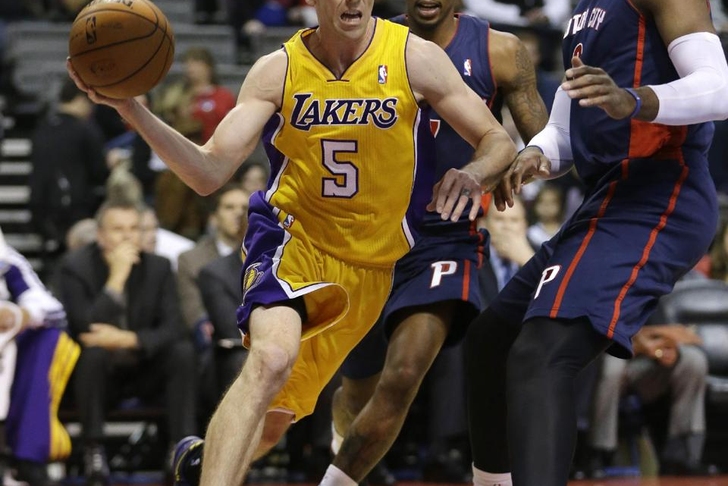 In LA Lakers news tonight--following the LA Lakers' 134-108 home loss to the Houston Rockets, LA Lakers head coach Mike D'Antoni made it clear that he wasn't included in the deliberations which shipped point guard Steve Blake to the Golden State Warriors earlier tonight.

D'Antoni says he was surprised about the Steve Blake deal, said he was disappointed to see him go.

It is unclear of D'Antoni had any full knowledge of the deliberations tonight which brought reserve guards Kent Bazemore and MarShon Brooks  to the LA Lakers in exchange for Blake.

However, one thing is to be certain: D'Antoni is well aware of the value which the 11-year veteran brought to his young LA Lakers squad.

Steve Blake has been limited to just 27 games this season due to an elbow injury, but is having a career year in assists per game (7.6) and minutes per game (33.0).

Stay in the know on all the latest LA Lakers news. Follow our Lakers team page today.