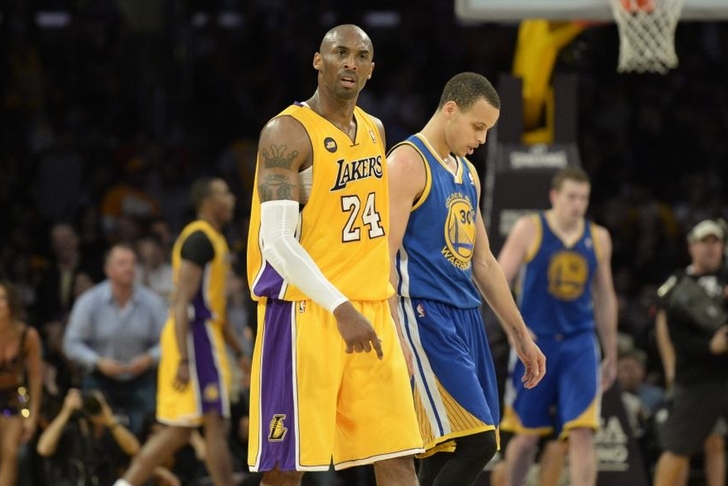 To say Los Angeles Lakers superstar Kobe Bryant is no stranger to playoff success is to make a gross understatement. Bryant have five championship rings to show for himself along with a feature-length highlight reel full of clutch shots from those title runs.

So, when the notoriously hyper-competitive Bryant dishes out a compliment on another star's game -- especially when it comes to that player's playoff exploits -- it's something to take notice of:

Curry was simply electric in the Golden State Warriors' Game 6 closeout win over the Memphis Grizzlies, tying a franchise playoff record with eight three-pointers including a BEYOND HALFCOURT shot that will be immortalized in NBA lore forever.

Future Hall of Famer Kobe Bryant was watching. And he approves.