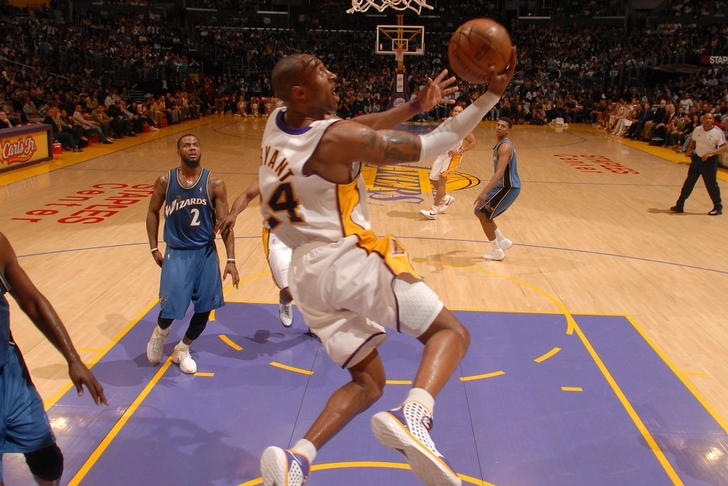 In this Lakers news update, Los Angeles Lakers superstar Kobe Bryant doesn't seem to be looking past the 2015-16 NBA season when it comes to continuing his legendary playing career.

Speaking with Sam Amick of USA Today, Kobe Bryant was asked whether he envisioned playing past his current contract with the Lakers:

Nah, not really,” he said with a grin and a shake of the head when asked if he can envision playing beyond his current contract. “But I’m so loyal to this organization, there’s not a chance (of him leaving)…I’ve been really fortunate to win a lot of games here, a lot of championships here. You can’t (expletive) with (that).”

Along with intimating that he will perhaps tie a ribbon on his career in 2015-16, Kobe also indirectly debunked rumors of a potential trade by once again reaffirming his loyalty to the Los Angeles Lakers organization.

When it boils down to it, Kobe will likely start and end his playing career as a Lakers, with next season looking like a farewell tour waiting to happen.