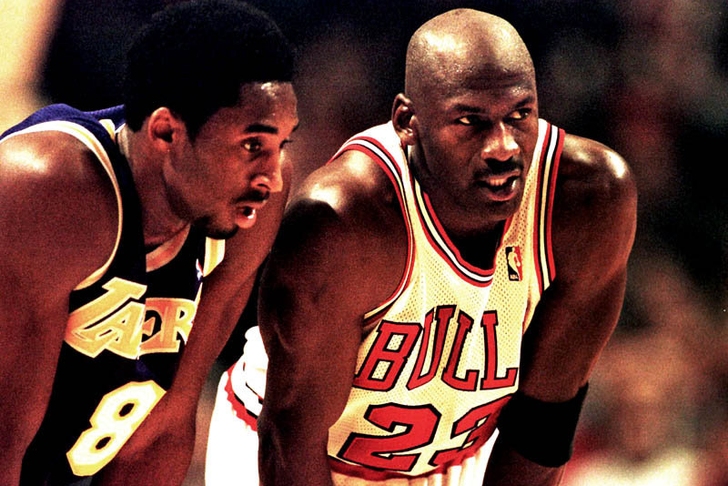 Bill Plaschke of the Los Angeles Times believes it was the wrong move.

“The summer of 2014 has been deadened,” Plaschke said in a recent column. “The highly anticipated remodeling has been delayed. Bryant must now spend the next two years as the Lakers superhero even though nobody knows how fast he can run or how high he will jump."

With the wear-and-tear of playing nearly 20 years in the league as well as a yet-to-be-seen return from an Achilles tear on the plate, the timing of the deal comes at an interesting time.

But what's done is done. Bryant will officially remain a Laker through the 2015-16 season, and the history books will be written in accordance with a player that will--if all goes well--go down as the only player to have remained with one organization for 20 seasons.

This is eerily similar to how Michael Jordan concluded his career.

Like Bryant, Jordan also received a significant bump in salary his final two years with the Bulls--$63,280,000 million to be exact. Before receiving this raise, Jordan had been named MVP in the 1995-96 season.

However, the difference between the two lies in the fact that Jordan had managed to capture three consecutive titles as well as two MVP’s during the three-year period of 1995-98 to cap his total at six. He was averaging 27.8 points on 46.5 percent shooting in the 1997-98 season.

This is, of course, one more than Bryant’s current total.

As of now, Bryant doesn’t look to be headed in the same direction that allowed Jordan to finish his career on top (not counting the short stint with Wizards). Bryant will account for roughly 37 percent of the Laker’s salary cap in the next two years, and that only leaves room for one more max deal player.

For a Lakers team with a plethora of aging players that looks likely to miss the playoffs this season, this comes as a cause for concern - especially when the Lakers are looking to get back to championship form.

Chris Mannix of Sports Illustrated recently said the following on the Dan Patrick Show this past Tuesday.

“I just don’t see how they can win with this type of deal,” Mannix said. “You look ahead in the crystal ball for the next three years and how do they win? I mean you have to think about it.”

Unlike Jordan, Bryant isn’t currently in a position to capture his sixth title during the final days of his career. Remember, Jordan played alongside Hall of Famers (who were still in their prime) Scottie Pippen and Dennis Rodman, as well as Tony Kukoc and Steve Kerr, who was shooting 43.8 percent from beyond the arc in the 1997-98 season. The Lakers have two future Hall-of-Famers on their current roster in Steve Nash and Pau Gasol, but both are well past their primes, unlike Pippen and Rodman in Jordan's last years in Chicago.

Instead, Bryant will be thinking about his statistics rather than bringing more titles to Los Angeles -- assuming he returns from his Achilles injury in good form.

But let’s take into consideration the fact that Bryant is taking a pay cut during his extension. Bryant recently joined Jordan as the only two players in NBA history to receive a one-year salary over $30 million this season and under that context; he will be receiving less in the next two years.

This was the opposite for Jordan. After maintaining a salary of no more than $4 million in his first 12 seasons with the Bulls, Jordan deservedly finished his career with a much higher salary in his final two years.

For Jordan, this was a simple concession necessary to bring in NBA titles.

In a time when aging greats like Tim Duncan and Tom Brady are opting to take salary cuts in search of more titles, one question won't go away: should Bryant have taken less money?

And for now, that question will remain unanswered until proven otherwise.

Under the current circumstances, the Lakers look to have made a move entirely based on loyalty rather than waiting to see Bryant return to the floor. Jordan may have been able to bring two last championships in his final days, but for now, it doesn’t look like Bryant will be able to do the same.