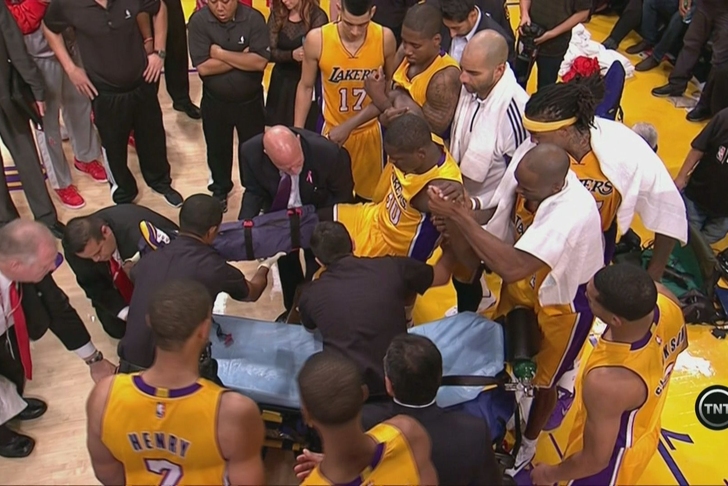 .@J30_RANDLE had surgery this morning to repair his fractured tibia. He will miss the rest of the 2014-15 season. pic.twitter.com/ceDUMTSHXX

The Los Angeles Lakers had unusually low expectations coming into this season, and now they've dropped even lower. Rookie big man Julius Randle will miss most of the season due to a broken leg suffered on this play against the Houston Rockets: http://www.youtube.com/watch?v=p-2Ahy2In30#t=10

Randle played only 13 minutes and had two points in his NBA debut before the injury. Reserve forward Ryan Kelly will likely replace Randle in the rotation.