Jordan Hill On Lakers' Winless Start: "Kobe Can't Do It By Himself" 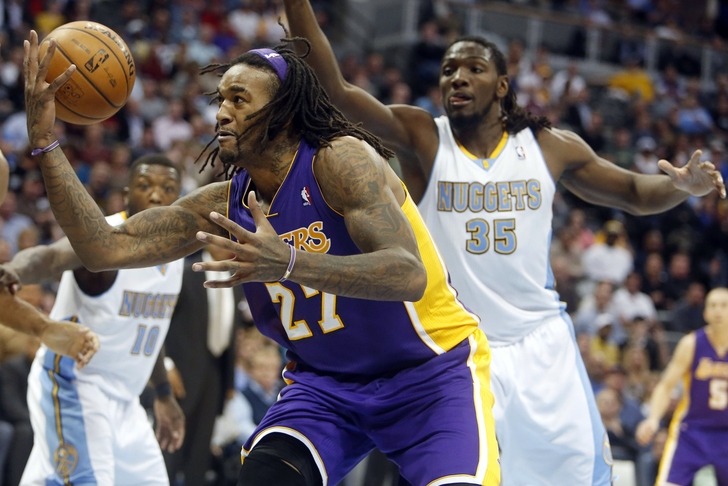 The Los Angeles Lakers are 0-4 for the first time since they moved to Hollywood back in 1960, prompting everyone on the roster to reevaluate things just a bit.

That includes big man Jordan Hill, who believes that everyone not named Kobe Bryant needs to start pitching in.

Jordan Hill: "Kobe can't do it by himself all the time. Needs some guys to step it up. I feel like I'm one of those guys." (on TWC)

In the Lakers' first four games, Hill's numbers have been great. He is averaging 14.8 points, 7.8 rebounds, and 1.3 blocks per contest while shooting a career-high 55.8% from the field.

However, by placing himself in the group of players that need to "step it up," Hill keeps things from getting confrontational while sending a clear message to the rest of the guys in the locker room.