John Calipari said to have "no shot" to coach the Lakers 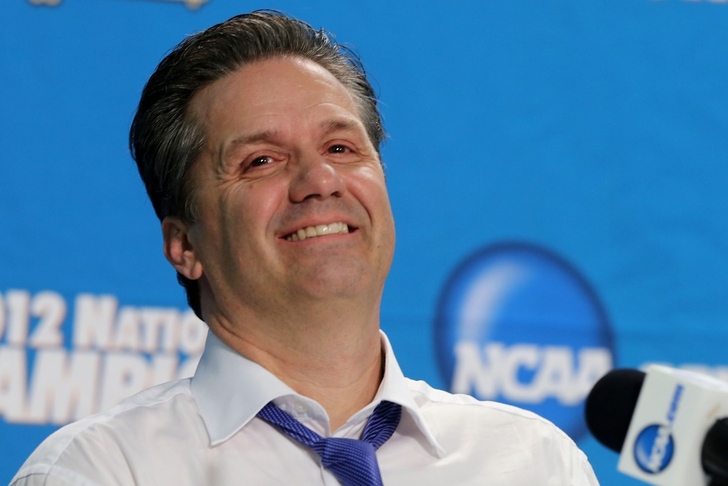 The Los Angeles Lakers coaching wish list may have one name crossed out, with John Calipari allegedly not a legitimate candidate in the Lakers' eyes to become the successor to former coach Mike D'Antoni.

Per Ryan Ward of LakersNation.com, Mitch Lawrence of the New York Daily News reports that the Kentucky Wildcats head coach has never even been considered as a viable option:

John Calipari has no shot to get the job, just as he didn’t when Rex Chapman tweeted that Calipari was on his way to Laker-land with a “done deal” as Kentucky hit the court for the NCAA championship game against UConn. Calipari knows the Lakers have zero interest in him and that’s why he tweeted on Friday that he is not leaving the Wildcats.

Calipari has come out on his own accord and denied any interest in the job, reassuring his commitment to the Kentucky Wildcats basketball program.

The former New Jersey Nets head coach didn't exactly set the world on fire in his first foray into the NBA world, and the Lakers may be taking that into account as they whittle down their list of potential hires to a workable number.