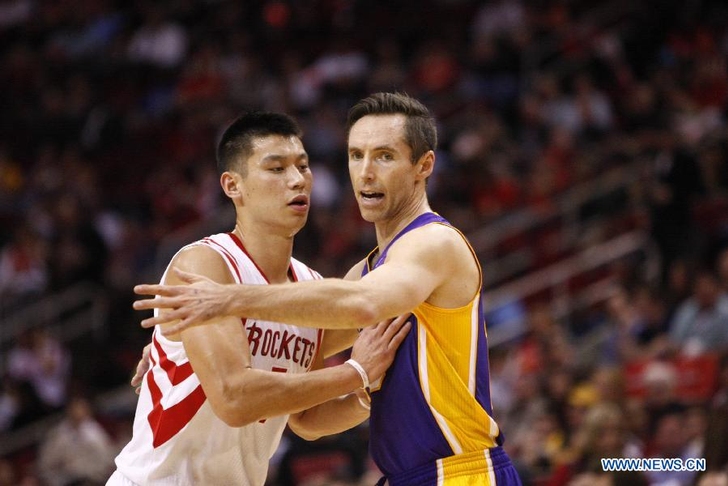 In hopes of freeing up cap space for Chris Bosh (who has a four year, $88 million contract on the table), the Houston Rockets recently sent Jeremy Lin and a future first-round pick to the Lakers.

After trading their first-round picks in 2015 and 2017 to Phoenix and Orlando as part of deals for Dwight Howard and Steve Nash, the Lakers can now look forward to having a stake in next year's draft.

As far as Lin goes, the move to Los Angeles was beneficial for both sides. Lin, who was a regular in the Rockets rotation last season, averaged 12.5 (PPG) and 4.1 (APG) during a playoff run that was eventually halted by the Portland Trail Blazers.

Despite not receiving starter's minutes, Lin proved he could be productive on both ends of the court and showed promise as a potential starting guard during the postseason.

With one acquisition, the Lakers solved what has been their biggest problem in recent memory: finding a starting point guard. While Nash showed flashes of his younger self, there was no question the 40-year-old point guard had minimal gas left in the tank, especially with his inability to stay healthy. Lin can now relieve Nash of his starting duties.

As of today, the Lakers roster is looking drastically better than it did last season. With new draftee Julius Randle, a healthy Kobe Bryant and Lin in the mix, the Lakers now have a roster that can at least compete for a playoff spot in what will be a hotly-contested Western Conference.

The Lakers may not be knocking on the doors of the San Antonio Spurs or Oklahoma City Thunder anytime soon, but they won't be the doormats they were last season.

The next step for the Lakers will be to grind out another season with their new additions. Unless the Lakers land a max deal player sometime soon, they will be a borderline playoff team - at best. It will, however, be interesting to see what type of moves Mitch Kupchak still has in store - free agency is far from over, and plenty of good players are still on the market.

One thing is for sure, though, and that's that Lin will start and provide stability at a position that hasn't been relevant in LA since Derek Fisher left town. Lin may not be the big-name player the Lakers were looking for, but he'll do just fine for now.

Follow @ChatSports and @HayDayKim for more of your favorite sports news