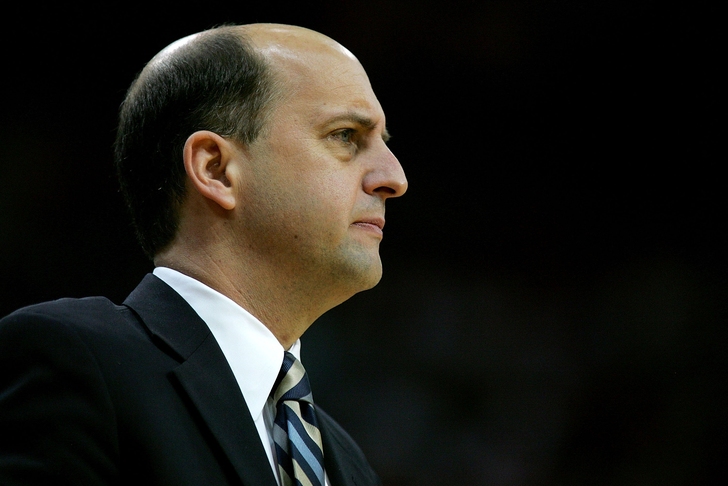 The Lakers haven't been in any hurry to find their next head coach. Just this past Wednesday, General Manager Mitch Kupchak said, "I would not anticipate hiring a coach in the next two or three weeks" and he's stuck to his word.

There is however, a short list of candidates that have been floating around. Among them are: Alvin Gentry, Lionel Hollins, Byron Scott, Kurt Rambis, Jeff Van Gundy and Mike Dunleavy Sr.

Not all of them have publicly announced an interview with the team, but until further notice, one of these six will likely become the next Laker head coach.

The problem with this list doesn't involve age or inexperience, rather that only a few of them are truly capable of juggling the mess that is the Lakers. All six candidates have had their short-term success, but with the current state of the team, the list should be significantly shortened.

Aside from Van Gundy, the rest of the five coaches have proven to be average coaches at best. Hollins and Gentry have had their fair share of runs in the postseason, but it's been under much better circumstances. Add in the fact that someone like Hollins isn't willing to change his traditional coaching style and it would be that much harder to have immediate success with the current roster.

This is where Van Gundy (430 wins-318 losses) figures in. As a renown coach that has had just one losing season (2005-2006 Houston Rockets) in his eleven years, Van Gundy brings a repertoire that would instantly help the Lakers. From handling star talent such as Patrick Ewing and Tracy McGrady to holding a .536 playoff winning percentage, Van Gundy brings a lot more to the table than the rest.

The Lakers need a coach that can groom young talent, win right away and have Kobe Bryant's blessing all at the same time. It sounds like an impossible task at the moment, but that is what Bryant and Lakers are ideally looking for. Van Gundy potentially brings all of these things and more.

The question is: will the Lakers make a push for the likable ESPN/ABC TV analyst and would Van Gundy more importantly, show interest? As of now, both are unclear.

According to recent reports, the Memphis Grizzlies are pursuing Van Gundy in an effort to bring a calm to their storm. In addition to losing Jason Levien and Stu Lash, the Grizzlies are reportedly ok with letting current head coach Dave Joerger move on to the Minnesota Timberwolves. Similar to what the Pistons did with his brother Stan Van Gundy, the Grizzlies are looking to hire on Van Gundy as their next head coach as well as team president.

In spite of these reports, the ball is essentially on the Lakers court. As a premier hot spot for players and coaches, the Lakers simply need to make a push for Van Gundy and do it fast. Van Gundy may not be able to bring a championship in the next year (no coach will), but he is the best shot at contending moving forward.