Is The Media Coverage of Jeremy Lin Racist? 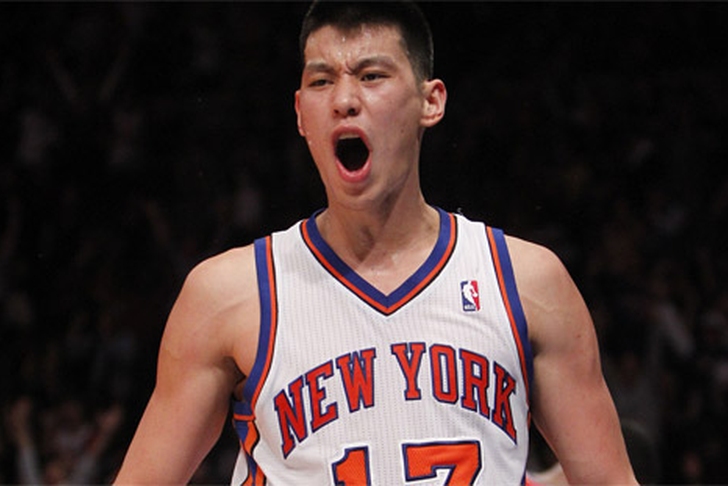 While most of the country (and Knicks fans especially) have been "Linning" and singing "All I do is Lin Lin Lin no matter what," some have already had enough of the "Tebowmania" style coverage. Lost somewhere in the "Linsanity" of the past week though, has been the possible racial overtones of some of the media coverage of Jeremy Lin.

Not to go all ACLU on everyone, but there's been more than a couple of instances where I've read an article or heard a story and thought, "thaaaaaaaaaaat's kinda racist."

The most public of which was the Jason Whitlock tweet that alluded to Lin's lack of "manhood", and could be interpreted as a racial slur:

While blaming his "immature and sophomoric sense of humor," Whitlock still issued an apology after being blasted by the AAJA (Asian American Journalist Association).

Other insensitive media stories about Lin have included nicknames such as "Emperor Lin" and "Yellow Mamba," as well as noting that NBA players (including Kobe Bryant) are now "bowing" to his star power.

Lastly, internet memes about Jeremy Lin have reached Charlie Sheen proportions. Catch phrases attached to pictures are nothing new to internet lovers, but some of the Lin memes may have gone a step too far. Phrases like: "Once you go yellow, there's no need for Carmelo", "23 and 10, is that his SAT score?", "Chinese Player: fueled by MSG", and from my last article, "Who says Asians can't drive?"

Now with me being a white male, I'm pretty sure that I'm not allowed to be the authority on what is or isn't racist. So I contacted a few of my basketball-loving Asian friends for their take on all things Lin. Obviously two people can't possibly encapsulate an entire race's feelings, but I thought it would be beneficial in order to gain some perspective on the matter.

Lakers fan, bassist for the California indie pop band The Little Ones, and former Yo Gabba Gabba star Brian Reyes thinks that Jeremy Lin reminds him of Manu Ginobili. "He's not overly flashy nor extremely athletic, but crafty and fundamentally sound, which I think makes him the real deal," says Reyes.

"The real test is going to come when teams start altering their defensive schemes as well as pressuring him at the other end of the court (i.e. Westbrook / Rose going at him on the offensive end).  Will he still be as dynamic offensively when he has to expend all that energy to try and stay in front of those elite 'score-first' PGs?"

I asked him if he could identify with Lin.

"I gotta say I'm caught up in this story and rooting for him (even a little against the Lake Show the other night) because Filipinos LOVE basketball and even though the dude is Taiwanese American, he's someone that I think Asian Americans / Filipinos can actually relate to.  I mean, when I play rec ball at the gym, I'm not playing down low in the post nor is any other Asian dude on the court.  Lin is really the first Asian to play the guard position well and control the whole game, in the mecca of basketball no less!"

Self-proclaimed John Wall fanboy and University of Michigan intramural basketball champion Simon Wang said that he thinks that Lin is so important to Asian Americans who like basketball because he is a point guard. "As a PG, he handles the ball every possession, basically the QB of the team. I feel that Asian basketball players are viewed similarly to how people used to doubt African American QBs ability to handle the position mentally. But instead, people doubt an Asian's ability to be athletic enough to handle the point. Jeremy Lin is breaking that stereotype."

So what do they think about the possible racist media coverage?

Both claimed that the mainstream press coverage was inherently racist, but that was something that they both expected. "Mainstream media is lazy and of course will always try to appeal to the lowest common denominator", said Reyes. "To the majority of 'mainstream' America, Asians = kung fu / Jackie Chan / fortune cookies, etc. I can speak from personal experience: On tour in Texas my brother and I got out of the band van at a Whataburger and some special-needs kids immediately started doing karate kicks and yelling 'Jackie Chan'. I found it hilarious though as clearly they weren't being racist."

"I think most of it is harmless," said Wang. "No one was upset when Larry Bird was 'The Great White Hope.' Let's just get on board and enjoy the ride!"

As for the hype, both positive and negative, they both think that it will blow over soon enough. "I do think that the 'Emperor Lin' stuff will die down if he becomes the permanent starting PG, and then the real pressure to perform will begin," said Reyes.

So maybe it's not all racist, but the coverage of Jeremy Lin has been a little bit biased/insensitive/politically-correct-synonym-for-slight-racism. I guess we can chalk that up to both human nature and catering to the lowest common denominator, but can we at least agree to cool it with the penis-joke tweets?