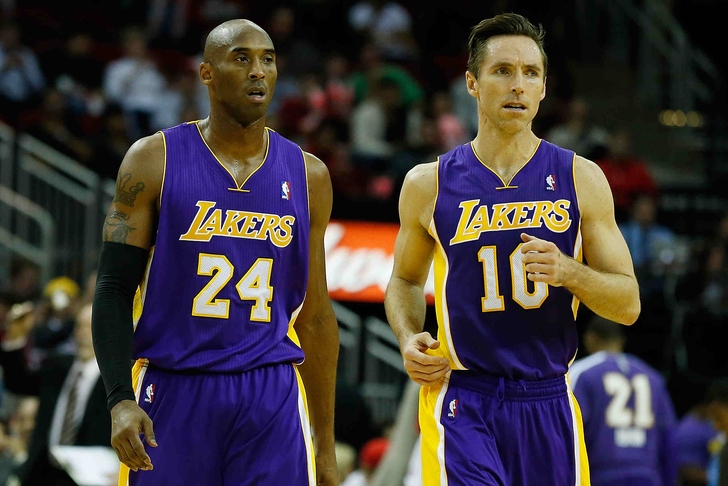 The NBA recently signed a huge TV deal with ESPN and Turner worth $24 billion for the next nine years - roughly $2.5 billion per year. That new money is expected to be funneled back to the teams, which in turn will create a larger salary cap.

No one knows exactly how high the salary cap will rise, but it's generally expect to rise to over $80 million a season, up from $63.2 million this year. Since every team will be able to spend more money, how will this positively impact the Lakers more than others?

For one, there are cheap owners elsewhere in the NBA. Some teams stay under the cap to avoid paying the luxury tax (the league's penalty on teams that spend more), and some teams just don't like to spend at all. Just because the cap increases by $20 million or so doesn't necessarily mean the owner will want to pay $20 million more a season.

The Lakers have no problem spending money on a winning team, and they're at even more of an advantage thanks to the lucrative local TV deal they signed with Time Warner Cable. That deal pays the Lakers more than any other similar deal in the league, which management has used to help them offset salary cap penalties.

Now the opportunity presents itself for the Lakers to sign three players to max deals this offseason, after Kobe Bryant and Steve Nash have their contracts expire. That, plus all of the other free agent lure of playing in Los Angeles for the Lakers, should attract some of the games biggest stars - and now the Lakers can afford more stars than anyone else.