How Should the Lakers Handle Kobe Bryant's Minutes? 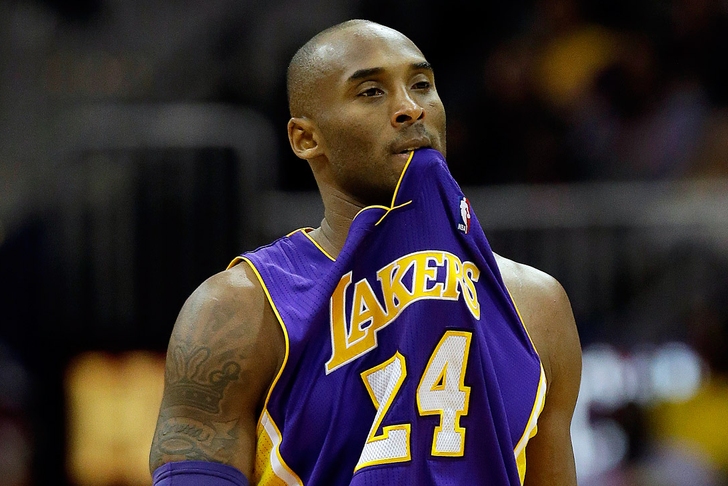 In their first practice on Tuesday, new Laker head coach Byron Scott had to ask Kobe Bryant to leave the court. Kobe said he felt like himself and was ready to keep going two hours and 15 minutes into practice, but was told to tone it down.

“Basically, I had to ask Kobe to, you know, ‘Why don’t you shut it down? We’ve got another one tomorrow,'” Scott said.

Even though it's just the start of training camp, this is probably how the Lakers are planning to deal with Kobe all year. But, when you have a competitor that's as fierce as Kobe, it's going to be hard to tell him he can't play - especially when the team needs him.

That's the biggest problem facing Los Angeles: Kobe Bryant is still their best player, and if the goal is to make the playoffs (we'll worry about the Finals once they get back into the playoffs), your best player needs to be on the court as much as possible.

So, for Kobe to get rest and for the Lakers to still be competitive, they can't sit him for whole games. He's going to have to play in back-to-backs, but he doesn't have to play the heavy minutes he's used to.

That might not sound like a lot but saving Kobe during a blowout will mean more than having him play meaningless minutes and have to sit out the next game.

This may mean the Lakers may have to concede some games at halftime or in the third quarter, but if the rest of the team starts to make a run, you can always put Kobe back in. Limiting his minutes is the best way to go for both Bryant's health and the Laker's success, but it's going to be tricky to handle.