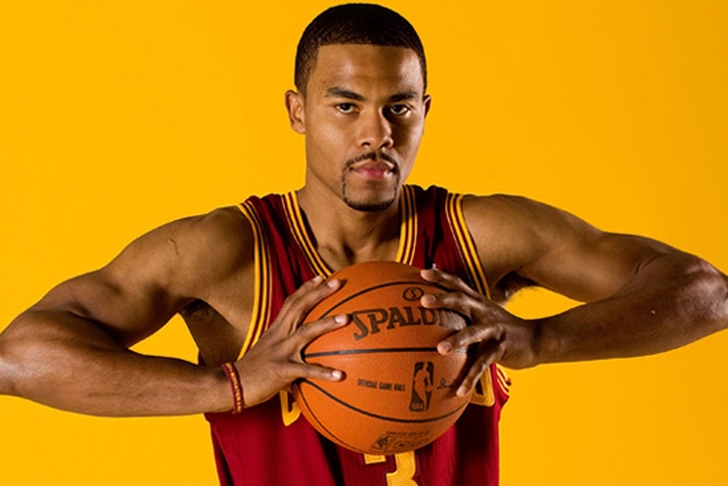 The Lakers made some significant roster improvements during a flurry of activity on yesterday's NBA trade deadline.

The Lakers traded for a young point guard in Ramon Sessions, a position that they've been searching to fill since the eve of training camp when the Chris Paul trade fell through. The Lakers sent Jason Kapono, Luke Walton, and their 2012 first-round pick to Cleveland in exchange for Sessions and forward Christian Eyenga.

The day didn't end there though,  as the question of how Sessions would fit in to the line-up was quickly answered by Lakers GM Mitch Kupchak. After the deal with the Cavaliers, the Lakers pursued a suitor for their aging but sentimental clubhouse leader Derek Fisher. After a failed attempt at a three team deal that would've landed the Lakers Michael Beasley from Minnesota, the Lakers sent Fisher, and the first-round pick acquired from Dallas in the Lamar Odom trade, to Houston for power forward/center Jordan Hill.

Here are five of my thoughts about the Lakers trade deadline deals:

- Both trades are smart basketball moves.

Looking at both trades empirically, Mitch Kupchak made large strides in 3 very important categories. First, he made the team dramatically younger, which was starting to become an issue. Importantly, Kupchak added youth to the team with players that have actually made an NBA roster, rather than unproven rookies through the NBA draft. Secondly, the Lakers were able to fill roster holes, first with a young, athletic point guard in Sessions who can both score when needed and guard many of the quicker PGs in the NBA. But the Lakers also addressed their lack of bench big men by acquiring the 6'10'' Jordan Hill from the Rockets, giving them some much needed depth at the center and power forward positions.

Thirdly, the Lakers were able to lower their luxury tax bill (as directed by management) by shipping out a couple of terrible contracts. The Lakers unloaded Luke Walton's abominable contract, which pays him $5.68 million this year and $6.1 million next year. In addition, the Lakers saved around $4 million by sending Derek Fisher to the Rockets.

On paper, Mitch Kupchak was successful in making two very smart trades that made the Lakers younger, improved the roster, and saved the Lakers money after the next two seasons.

- Mitch Kupchak actually listened to me!

Two weeks ago I wrote another 5 Thoughts article, this one about Lakers roster moves that NEEDED to happen. In the article, I wrote that the Lakers desperately needed to update the PG position (I wanted Aaron Brooks), politely send Derek Fisher to the bench, and get some depth on the front line. Kupchak clearly listened to me by upgrading the point with Sessions, trading away Fisher, and shoring up the big man corps by adding Jordan Hill. My other two "thoughts" in the article included getting rid of Metta World Peace by any means necessary and a twist-my-arm Pau Gasol trade, but still, 3 out of 5 ain't bad.

- While I understand the the Derek Fisher trade, I still don't like it.

I wasn't as shocked as many other Lakers fans when the news hit the wire that Derek Fisher had been traded yesterday. You could see the writing on the wall. The Lakers had over-committed to Fisher, signing him to a three year contract prior to last season that was about 2 years too long. But they had just won a championship (Fisher's 5th with the Lakers), and everyone was feeling good about themselves. Let's keep the band together.

Fast forward to the end of last season, after the Lakers have just been demolished by the Mavericks, and the veterans are starting to look a lot longer in the teeth. Everyone, including Lakers brass, expected Fisher to retire prior to this season. A seat on the end of the Lakers coaching bench was almost reserved for him (and it still might be). But Fisher, full of both pride and professionalism, would do anything but stop playing prior to his contract ending. With Fisher (and Metta) starting, the Lakers were often playing large portions of games essentially 3 on 5. The need to make a change at PG led to the trade for Sessions, and the fear of a D-Fish demotion led to Mitch Kupchak trading him to Houston.

Like the title of this thought says, I totally understand the trade. Fisher probably should've retired, and while he was contributing positively at certain times this season, the Lakers clearly had the worst starting PG in the NBA. The Lakers needed to upgrade the point, and if demoting Fisher would've been a big issue, the only thing left to do was trade him. The fact that his now unwanted contract would come off of the books as well was definitely an added bonus.

But the fan in me, the guy that remembers things like watching his coming out party live and in person during his rookie season at Madison Square Garden against the Knicks, his countless clutch shots against teams like the Kings, Celtics, Magic, and of course no one will ever forget .4. As I fan, I also remember things like how he single-handedly beat the Celtics in Boston during the NBA Finals, or when he and Kobe had that special moment that only longtime friends have after beating the Magic to win an NBA Championship. I remember hating his defensive abilities, but loving every loose ball or hustle play that he made. I remember genuinely KNOWING that a clutch 3-pointer that left his hand late in a playoff game was going in. He was everyone's 2nd favorite Laker for over a decade of time, a player that made the juggernaut Lakers feel like a bunch of underdogs.

That person, that FAN, doesn't like this trade one bit.

- Pau Gasol is one happy camper.

The trade deadline closed, and Pau Gasol was still a Laker. Despite his name being linked to nearly 20 different trade scenarios prior to the trade deadline, it came and went without a change of scenery for him. The lack of a trade definitely signifies that the Lakers are unwilling to part with either one of their two 7 footers without being overwhelmed in return. Looking at the NBA scenery, that is probably not going to happen. Gasol was so thrilled that he was still in a Lakers uniform that he celebrated the only way an awkward Euro knows how, by singing karaoke at a charity event:

- With the departure of Fisher and Walton, it really is the end of an era.

Other than Kobe Bryant, Luke Walton and Derek Fisher were the only players on this year's Lakers roster that had also been in a Lakers uniform with Shaquille O'Neal. While some may argue that the pre-Pau and post-Pau Lakers are two different eras, Bryant, Fisher, and Walton bridged the gap between both set of teams. Now only Kobe is left, and it's hard to think that there's almost nobody left from those great teams of the early 2000s. An entire generation of Lakers fans like me (mid-to-late 20s) have literally not known a Lakers team without Kobe Bryant, and the loss of Fisher and Walton have been a shocking reminder that the end of Kobe's career is just around the corner. Thinking about the Lakers without Kobe is legitimately difficult, and the team is transitioning toward a new era without it's star player.

- Mark Slattery is a Senior Writer for ChatSports.com, as well as the co-founder, writer, and editor of the award winning sports and travel websitewww.coupleofsports.com. Follow him on Facebook and Twitter.