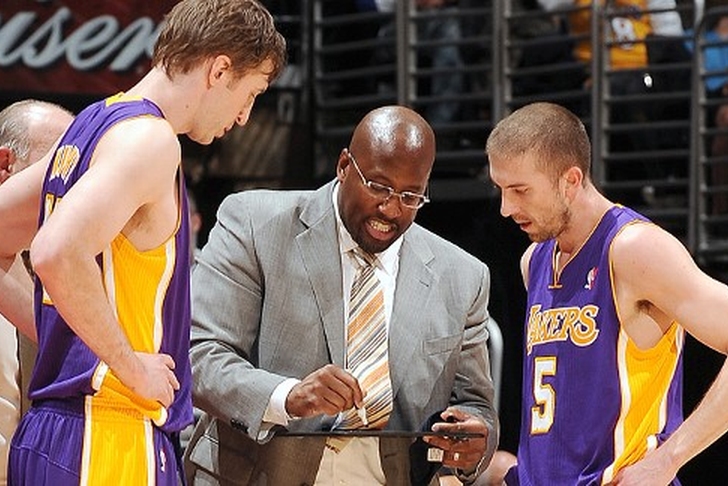 We're a little over two weeks into the NBA season, and it already looks like it's going to be a wild one. The Lakers have a lot of new faces, as well as some well-known ones that are picking up a few wrinkles. The lockout seemed to give some teams a time to regroup and get healthy, while simultaneously wreaking chemistry havoc on other teams.

Television ratings are still high, as most of the country has seemingly forgiven both sides for the lockout debacle. If there's one thing that we've learned after the first week of NBA action, it's that basketball is back, and just like Justin Timber-douche & McDonald's, I'm loving it!

Here's five more thoughts on the first couple of weeks of the NBA season:

- The schedule is hectic, and anything can happen on any given night.

Normally, NBA teams would play an average of 3 games in a week. During the first week of the NBA season, the Lakers played 6 games in 8 days. With so much traveling, teams are almost guaranteed certain losses throughout the season. Back-to back-to backs in 3 different cities can't possible create a fair assessment of a team's win/loss record. Teams will have huge swings from game to game, which we've already seen. Teams like Dallas will cream an opponent one night, and follow that up with a blowout loss to an inferior team the very next day. Older teams (like the Lakers) are clearly having a more difficult time adjusting to the new schedule, and will eventually drop games they would normally win over the long run. Most teams are just hopeful to get into the playoffs in any seed this year, where they'll feel more comfortable with a slowed down schedule.

The song remains the same. He's older. He's a step slower on defense. He's hurt (this time with a torn ligament in his wrist). He takes too many shots. He misses too many free throws. The negatives are still there. But he also hits ridiculous shots. He takes and makes a back-breaking three at some point during the 4th quarter. He follows up bad games with great ones. He takes a pain killing shot (again, this time in his wrist) before every game just to be able to play. His teammates trust him to score when there's a lull. As much as many would like to believe that Kobe is getting worse, the fact of the matter is that nothing has really changed with Kobe Bryant.

- Stable teams will get the higher seeds.

The biggest fallout from the lockout seems to be continuity and chemistry issues. The teams that basically stayed the same and kept the same coach (Bulls, Heat, Thunder) started the season out without any issues. The teams that made coaching or large lineup changes (Lakers, Dallas, Celtics) have all struggled to find their rhythm and team chemistry. Some Lakers players weren't even signed before the first pre-season game. Add a new coaching staff and the change from the triangle offense, you'd have to be naive to think that the Lakers would be anywhere close to the top of the standings early in the season. The cream will rise to the top during the playoffs, but the stable teams will be the ones with the home  court advantages.

- The Lakers are over the "white guy" limit.

Any time you can throw out a full starting 5 of white guys, and still have Luke Walton as the 6th man, you have too many white dudes on your team. The Indiana Pacers tried this route a few years ago after the Artest Melee, but had disastrous results for a few years. The Lakers situation is definitely less premeditated, but could have disastrous results nonetheless. I thought there was a law, or at least some type of "unwritten rule" against this, because it's rarely seen. Even more rare, are the number of American born white players, of white the Lakers have 5. Nothing against the players that we have of course, and I think some of them can contribute as great role players, but numbers are numbers. When 1% of the NBA is American born white players, you shouldn't fill out 40% of your roster with them. Now, if we start running a Princeton-style offense with a lot of back-door cuts, then maybe I'll change my tune.

I'm tired of having this argument with non-Laker fans. Andrew Bynum is a great player, and can fill up the stat sheet as your second scorer. He grabs every defensive rebound it seems, and can play effective defense on other centers. He is still immature, doesn't know parking rules, and is hurt more that I'd like, but only Dwight Howard is better currently. This shouldn't even be a discussion anymore, and after Bynum's first two weeks, it probably won't be.