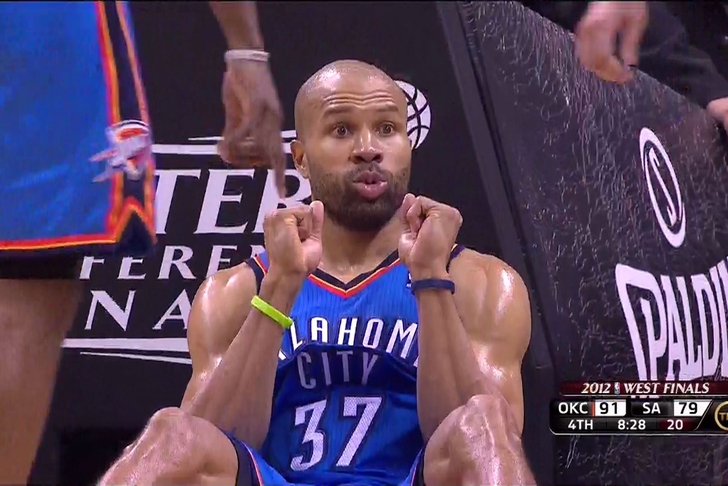 There have been a ton of Lakers news updates in the past few weeks which have positioned former Los Angeles Lakers sharpshooter Derek Fisher as a favorite to replace former head coach Mike D'Antoni.

However, per Kevin Ding of Bleacher Report, Fisher may not be willing to take on the load that comes with being the man on the sidelines at Staples Center:

Regarding Derek Fisher, certainly a more novel option given his lack of coaching experience, two people told me on Tuesday not to expect him to become the next Lakers head coach, which is no surprise. Fisher has always been unsure about the grinding life of a coach.

At the present moment, the current rumored front-runner for the team's head coaching position is another beloved former Lakers player, Byron Scott. Scott interviewed with the team early last week, and the former New Jersey Nets and Cleveland Cavs head coach reportedly impressed Lakers management with his confidence and knowledge of the roster.

In regards to Fisher, no one is exactly sure of what the future holds for the veteran point guard. Speculation has linked him anywhere from returning to the Thunder as a player/coach, to perhaps joining forces with Phil Jackson as head coach of the New York Knicks.

Even if Fisher is interested in the Lakers' opening, president Jim Buss seems to be leaning toward a coach with NBA experience for his next (and perhaps most crucial) hire.