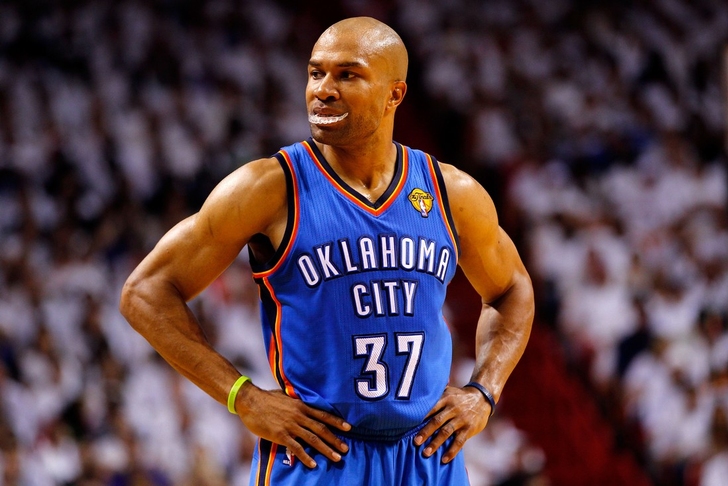 Derek Fisher has been a fixture of Lakers news for years, mostly due to his on-court contributions during the Los Angeles Lakers' glory days during the 2000s.

Now, according to Royce Young of ESPN (via Ryan Ward of Lakers Nation), Fisher is mulling over the extremely tough decision over whether to return to Los Angeles as a coach, or follow his mentor Phil Jackson to the New York Knicks:

“There’s for sure huge layers added to [the decision],” Fisher said, [. “The personal relationship and professional relationship that I’ve had with Phil Jackson over the years, and being in the position that he’s in. And also, with the Lakers having an opening, it for sure adds layers to it. But like other important decisions in life, I don’t think you can be driven by what’s going on externally. You have to have an internal set of boundaries and just kind of a compass that you make decisions by. I’ll combine all those things as I try and make the best decision possible.”

Fisher has made it abundantly clear that he needs time to make up his mind, and neither the Lakers nor the Knicks are making any false moves in fear of rushing him.

It is an intriguing situation to say the least for the potential first-time NBA head coach - a situation which doesn't look to reach its conclusion for some time yet.