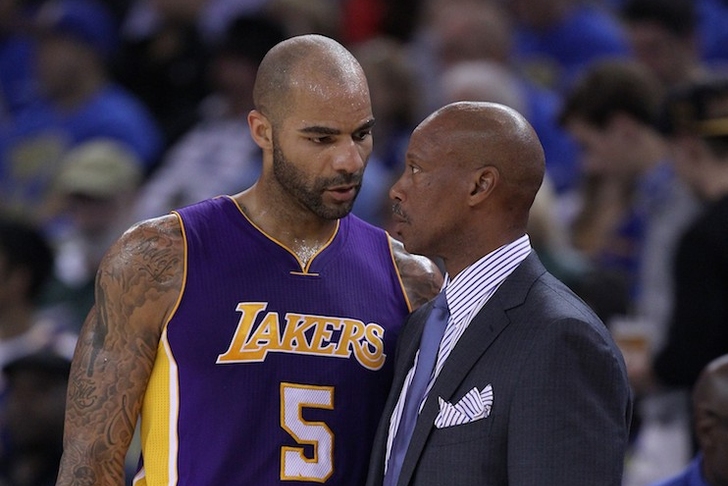 Los Angeles Lakers forward Carlos Boozer is known for not being a great defender, but he obviously knows a few things about it since he was on a Bulls team that routinely had one of the NBA's best defenses under head coach Tom Thibodeau.

Boozer says they accomplished that going over schemes and defensive rotations daily. As for the Lakers, well, not so much.

“In Chicago with Thibs, we drilled our defensive rotation every day," Boozer said. "Every day. In the morning at shootaround, practice day – it’d obviously be a lot longer on the practice day. But every day, we drilled it to make sure we know where we were supposed to be at, what we were going to do.

Lakers head coach Byron Scott has promised that Los Angeles was going to be a really good defensive team, promising to establish that identity at his introductory press conference. He's continued to emphasize that point throughout the season, but according to Boozer, that's all talk and nothing is actually being done to improve their defense.

Los Angeles dipped to 28th in the league in defense under former Lakers coach Mike D'Antoni. This year, LA is not only last in the NBA - their defense is historically bad.

Part of this can be explained by the fact that the Lakers don't have many good individual defenders, but you don't become one of the worst defenses in NBA history without having a bad defensive scheme and poor defensive rotations. According to Boozer, the blame should be aimed at Scott.