Byron Scott is not the long-term answer for Lakers 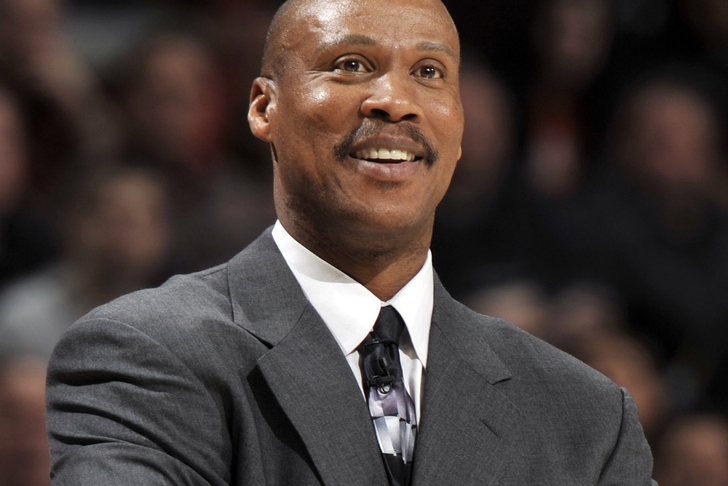 The Lakers are one step closer to filling their head coaching vacancy after finally offering Byron Scott the job. Both sides are currently in the process of negotiating the terms following what has turned out to be a disinteresting hunt for a new coach.

The details of the deal will be the determinants of whether or not this hire will be a success.

Scott, who was beloved during the Showtime era in the 1980s, was among the short list of coaching candidates from the beginning, but he isn't exactly the high-caliber coach that the Lakers are accustomed to bringing in.

Fair or not, every Laker coach from here on out will be compared to Pat Riley and Phil Jackson, and under those standards, Scott could well be another Mike D'Antoni waiting to happen.

Say what you want, but the Lakers just haven't been able to lure in a coach capable of handling Kobe Bryant nor his mediocre supporting cast (in recent years) since Jackson.

Ideally, the Lakers offer to Scott will be short and concise, similar to their plan for rebuilding the team. Scott, who is essentially being brought in due to his relationship with Bryant and the organization, has been hard to evaluate as a coach and therefore, should be kept on a short leash.

In 13 seasons as a head coach, Scott has a 416-521 losing record. His highlights include taking the New Jersey Nets to back-to-back NBA Finals appearances in 2002 and 2003 as well as mentoring Chris Paul early in his career with the New Orleans/Oklahoma City Hornets, making the playoffs in two of his five full seasons.

His worst times were in is most recent stint with the Cleveland Cavaliers during the 2012-2013 season, where he was eventually replaced by former Laker coach Mike Brown.

Scott has had his fair share of ups and downs, but the common denominator in his success has lied with hall of fame caliber point guards. In New Jersey it was Jason Kidd and in New Orleans it was Paul.

He will be dealing with a newly shipped Jeremy Lin and an aging Steve Nash in Los Angeles.

Remember, the Lakers are still dealing with the contracts of D'Antoni and Brown after firing them under contract. Having said that, the Lakers probably won't offer Scott anything long-term.

As for now, that will be for the best until proven otherwise.

Scott looks to be here on personal preference and that hasn't worked out so well for this organization in recent memory. The Staples Center will give Scott a warm welcoming on opening day for good reason, but it will be their reaction at the end of the season that will tell the real story.

"The Van Gundy's say the hardest thing to coach anywhere in sports is the aging superstar because self awareness doesn't serve the superstar," ESPN's Dan Le Batard said this afternoon on Pardon the Interruption.

Follow @ChatSports @ChatLakers @HayDayKim for all your favorite sporting news