Byron Scott Says "Nobody Was Overjoyed" After Lakers' First Win 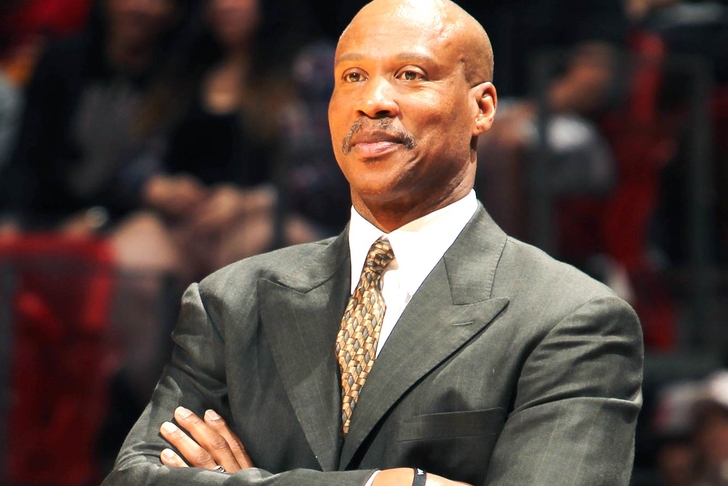 In perhaps the most comforting Lakers news update of the 2014-15 NBA season so far, the Los Angeles Lakers finally notched win #1 with a 107-92 victory over the Charlotte Hornets at Staples Center.

Kobe Bryant and Jeremy Lin each scored 21 points, Carlos Boozer added 16, and the Lakers rallied back from a halftime deficit to hand Byron Scott his first win as the team's head coach.

Per Serena Winters of Lakers Nation, regardless of the fact that the team got the proverbial monkey off their backs, Scott says it was business as usual after the win:

Byron Scott said his team wasn't noticeably different after their first win, looking to the next game: "Nobody was overjoyed in there."

Scott was, however, a great deal more relaxed and playful when asked about how the team can duplicate tonight's success:

Byron Scott joking about replicating tonight: "If we can get 4 more days off & keep working on some stuff, that might help!"

With the Lakers' win tonight, the Philadelphia 76ers (0-7) are now the NBA's only winless team.