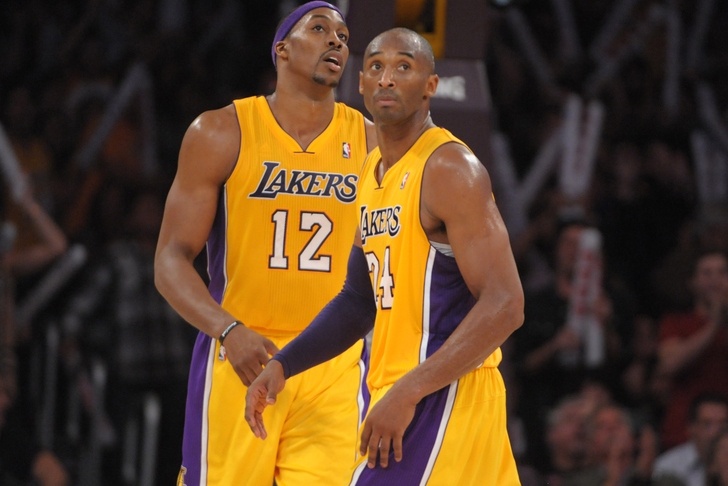 A lot has been said about the Los Angeles Lakers' short-lived Kobe Bryant/Dwight Howard partnership. Head coach Byron Scott has thrown his two cents in the mix in advance of the Lakers' opener against Howard's Houston Rockets.

Byron on failed KB/DH pairing: "Kobe is a real serious guy, wants to win championships. I don’t know if Dwight is that serious about it."

Dwight Howard's laid-back mindset didn't mesh with Kobe, nor did it mesh with a great deal of the Los Angeles Lakers' fans. Bryant's zeroed-in focus on winning proved too much for Howard, leading to the abrupt end of a pairign that was supposed to bring the Lakers back to former glories.

All of this is speculation in hindsight, however, regardless of either players' demeanor. All that matters is the here and now - something that the recently-returned Kobe Bryant has been training for since being sidelined due to injury.