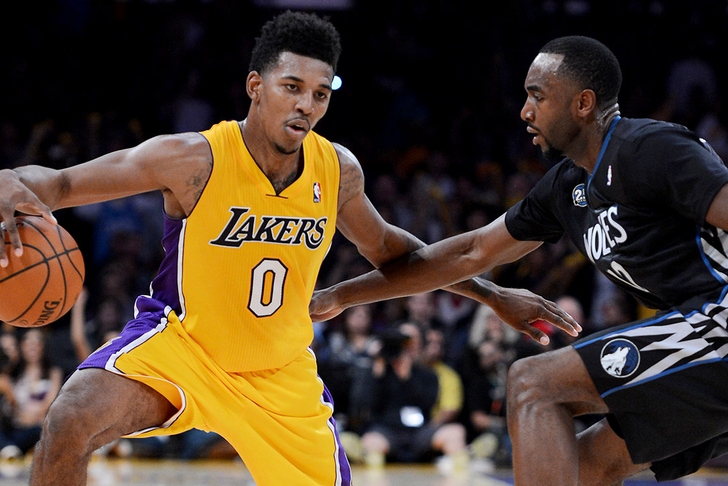 Despite all of the Lakers rumors swirling about the team's potential interest in Carmelo Anthony and LeBron James, a vocal group of Los Angeles Lakers fans are more interested in retaining one of the team's own free agents - Nick "Swaggy P" Young.

In fact, one Lakers fan went so far as to have this amazing billboard put up urging Swaggy P to remain in Hollywood:

Young opted for free agency on Wednesday rather than accepting a $1.2 million player option for the 2015-16 NBA season. He has recently stated that he would be willing to take a hometown discount to remain with the team.