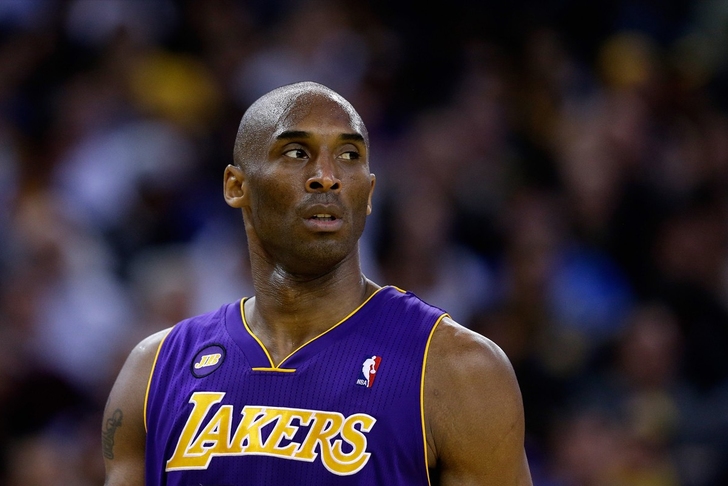 The latest edition of ESPN: The Magazine comes complete with an extremely anti-Kobe Bryant piece entitled "Is Kobe Bryant the reason for the Los Angeles Lakers' downfall?"

Writer Henry Abbott seems to believe in a definitive answer in mind to that question (yes) and he uses a ton of quotes from anonymous NBA agents to attempt to prove his point.

"Peek behind the banners," says one longtime NBA agent, "and it's rotten."

"Kobe is like the big rock in their front yard," says an agent who has had a Lakers client in recent years. "You can't mow over it, so you just have to mow around it."

"I've had a lot of clients in the last five years, good players, who didn't want to play with Kobe," says an agent who has had numerous NBA stars. "They see that his teammates become the chronic public whipping boys. Anyone who could possibly challenge Kobe for the spotlight ends up becoming a pincushion for the media. Even Shaq."

"I just never felt like the Lakers put as much effort into the building-the-team part of it," says an agent who once had a free agent decline a Lakers offer. "I saw some things in the players' parking lot. Conversations between Bynum and his people and some people with the Lakers. It got pretty rough and heated."

"It's horrendous. It's evil. It's a hard drug to quit when you're winning," says a front office executive from a rival team who knows everyone involved well. "Kobe has cost the Lakers dearly in human capital. Kobe has hurt a lot of people. In some cases jeopardized careers."

There are several things left out of Abbott's report, including the fact that players as Dwight Howard (not a Hollywood fit), Chris Bosh (more money), and LeBron James (going home to Cleveland) had alternative reasons for why they ultimately chose their current teams.

Couple that with the fact that NBA agents aren't exactly paid to be of the agreeable sort, and there are plenty of reasons to take some of this with a grain of salt.

Lately, Kobe has taken to calling ESPN "idiots" like it's going out of style. Someone get a mic in front of the Black Mamba after this report takes hold.